Lucia Mar increases the cost of its meals

On April 9, the school board unanimously approved increasing the cost of breakfast by 50 cents, raising the price from $1.50 to $2. 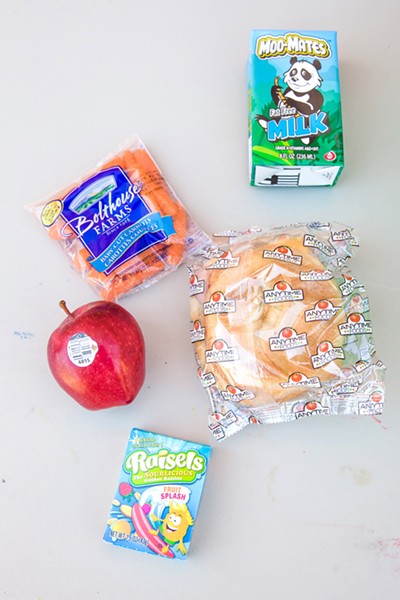 The district has done this by partnering with local farms and producers, including Mallard Lake Ranch, Green Gold Organic Farms, and Edna's Bakery.

When the proposal to increase the cost of school-provided meals was first introduced to the board on Jan. 22, Laurel Goins, director of food services, said an increase in labor costs and the need to repair and replace equipment is increasing the department's costs.

Additionally, Empey said the larger challenge is that not many students aren't paying for school-provided meals.

"The biggest hit is food carts, or our a la cart items, and in addition to that, we have less students that are qualified for free and reduced meals," he said.

According to a staff report, the food services program has operated for more than a decade without requiring a financial contribution to date; however, the program has been operating at a funding deficit since the 2012-13 fiscal year (except for the 2015-16 fiscal year).

Empey attributes the deficit pattern to food selection and cost, participation rates, and the rising costs of operations and supplies that have outpaced revenue and labor costs. The cost increase is also needed to meet the requirements of the Healthy Hunger-Free Kids Act that was signed to legislation in 2010. According to the Let's Move website, in order to fit the standard, school-provided meals should have more grains, fruits, and vegetables; low-fat dairy products; and less sodium and fat.

The projected ending 2018-19 fund balance for the food services department is roughly $26,000, the staff report states. This balance and the nearly $228,000 annual deficit trend led to the meal rate increases. Δ