Amid the sounds of Twisted Sister’s “We’re Not Gonna Take It” and Bob Marley’s “Get Up, Stand Up,” a gymnasium full of Lucia Mar Unified School District teachers, students, and parents rallied ahead of a planned “grade in” at the March 24 Board of Education meeting. As of press time, members of the Lucia Mar Unified Teachers Association were scheduled to hold the last mediation session with district officials on March 25. Members of the association have argued that surplus district funds were improperly spent and that teachers are paid less than in surrounding districts. If the negotiation stalemate continues, union members could potentially strike in about one month. District Superintendent Jim Hogeboom previously told New Times that the district is preparing a backup plan to finish the school year in the event of a strike. 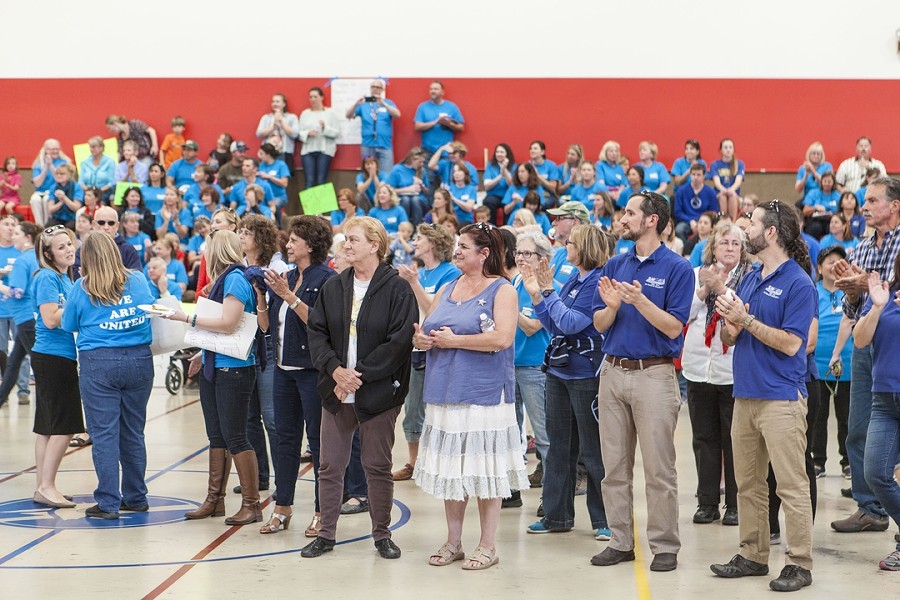