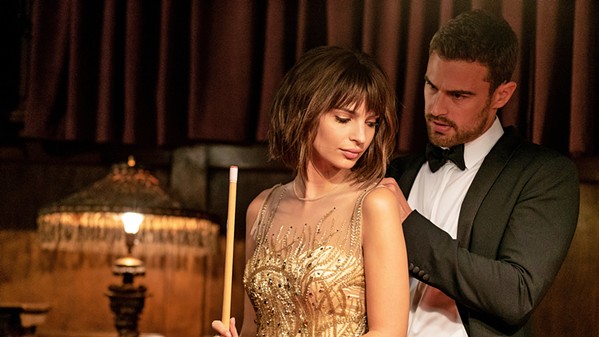 Though a box office bomb, this slick crime caper has a lot going for it. Directed and co-written by Matt Aselton (Gigantic), it follows Ivan (Theo James), an art thief trying to pay off his dead father's gambling debts to Dimitri (Fred Melamed), a ruthless Greek gangster. Dimitri points Ivan in the direction of select pieces of art, Ivan steals them and gets a small cut for himself. His goal is to pay off his father's debts and collect enough of a nest egg to get out of the heist game.

At a posh party he's crashed to steal a piece of art, Ivan meets Elyse (Emily Ratajkowski), a casually immoral kindred spirit. She's an actress who's been blackballed from Hollywood and is trying to buy her way back in through various con jobs. There's also Ivan's brother, Ray (Ebon Moss-Bachrach), a degenerate gambler and drug addict. Moss-Bachrach is fantastic, as is Melamed. Both steal every scene they're in.

Despite its low budget and largely unknown cast—Ratajkowski is probably best remembered as one of the topless dancers in Robin Thicke's rapey "Blurred Lines" video—the film generates some escapist fun. (100 min.) Δ