Four SLO City Council members joined a coalition of local elected officials in California on June 26 by co-signing a letter to Gov. Jerry Brown asking him to halt the expansion of oil and gas development in the state and create a plan to phase out the entire fossil fuels industry. 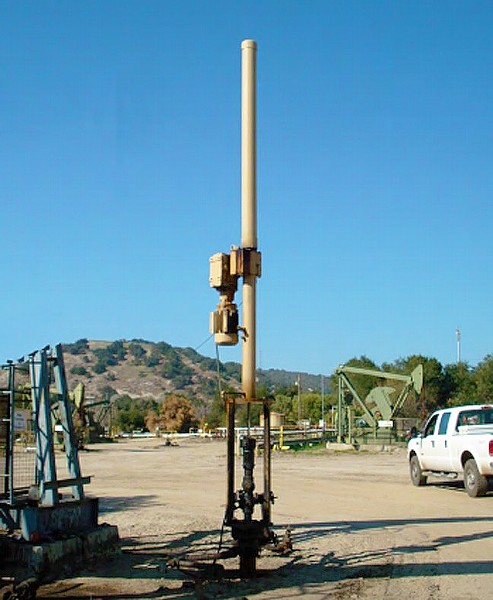 "This is the bold climate leadership we urgently need to protect our public health, communities, economies, and our future," the letter, signed by dozens of city council members, county supervisors, and school board members, reads. "We can no longer ignore the true costs of oil and gas production. The disastrous impacts of fossil fuel use, including air pollution, droughts, fires, mudslides, storms, and sea level rise, already cost Californians more than 12,000 lives and 100 billion dollars annually."

The letter parallels a statewide initiative led by environmental groups, "Brown's Last Chance," that makes the same demands of the lame duck governor ahead of the Global Climate Action Summit in San Francisco this fall. In addition to a moratorium on new oil and gas drilling and a plan to get to 100 percent renewable energy, the initiative asks Brown to set a 2,500-foot buffer zone around oil wells away from homes, schools, and parks.

SLO Mayor Heidi Harmon and City Councilmembers Aaron Gomez, Andy Pease, and Dan Rivoire all signed their names to the letter—the only SLO County officials to do so. Harmon was one of three signees quoted in a press release issued on behalf of the new coalition, called the Elected Officials to Protect California.

"The city of SLO is committed to bold climate action, and we need the state's support to swiftly move beyond fossil fuel production and create local equitable jobs in the renewable energy economy," Harmon stated.

The lone SLO City Council member who declined to sign the letter—Vice Mayor Carlyn Christianson—told New Times that she disagreed with the tactics behind the letter and viewed the demands as impractical.

"I completely support the transition to 100 percent renewable energy sources and the phasing out of oil and gas," Christianson said in an email. "However, right now obviously there are still millions of people in this state who depend on oil and gas resources for their automobiles, home heating, and other crucial uses. Just asking Gov. Brown to do such a thing, even for symbolic reasons, smacks of what I call Facebook politics—it doesn't actually change anything at all, and instead often seems to instead create a strange 'us vs. them' dynamic, shutting down necessary dialogue on how to actually move towards a new future. This has happened in the arena of health care and education and I hate to see it happening in energy too."

Brown's Last Chance also drew a rebuke from Brown himself.

"Threatening to sabotage a climate summit aimed at mobilizing world leaders to push beyond the Paris Agreement is a curious way to fight climate change," Brown spokesman Evan Westrup told the Sacramento Bee in April.

SLO City Councilmembers Gomez, Pease, and Rivoire did not respond to a New Times request for comment before press time.