Less than 10 days after he was sentenced to probation for making criminal threats against members of Women's March SLO on Facebook, 46-year-old Daniel Joshua Phares once again found himself behind bars.

Phares was arrested for violating the terms of his probation on Dec. 20. The SLO County District Attorney's Office filed a felony charge of unlawful possession of ammunition against Phares on Dec. 31. Under the terms of his formal probation for the criminal threat case, which was a misdemeanor, Phares was prohibited from owning or possessing guns or ammunition. 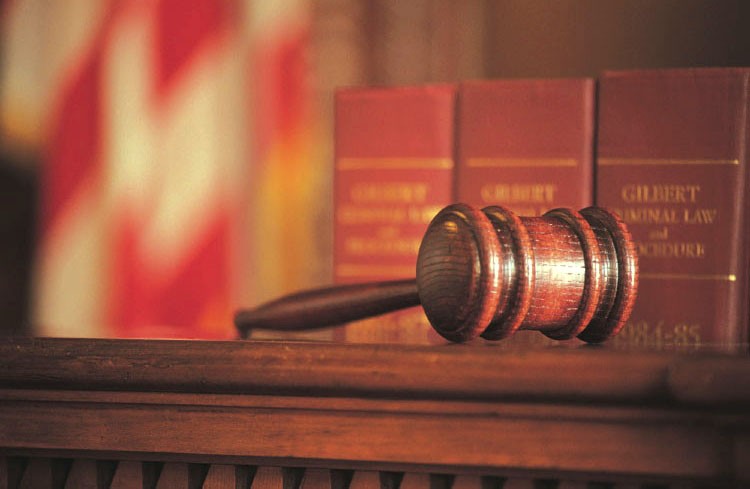 Phares was sentenced to probation on Dec. 11 by SLO County Superior Court Judge Matthew Guerrero after pleading no contest to the charges against him. At the sentencing hearing, Phares was verbally combative with both Guerrero and SLO County Prosecutor Chris Peuvrelle. Peuvrelle openly questioned whether Phares was truly committed to serving his sentence, which also required him to take mandatory anger management classes and write letters of apology to his victims. Later that same day, Phares lashed out at Guerrero in the comments on a Facebook post about his sentencing by The Tribune.

"Yeah nothing like handing me over to a latino judge who knows nothing about me and insisting I take anger management classes," he wrote.

In response to another commenter, Phares blamed Latinos for the murder of Marilyn Pharis, an elderly resident who was killed by an undocumented Mexican national in 2015, and claimed they also "harbored nazi's" and committed "rape" and "arson."

Phares has a history of expressing racist sentiments online. New Times found posts and comments dating back to 2013 on what appears to be his personal Facebook page that target Muslims, interracial couples, and liberals. Phares' initial arrest in August 2017 occurred after he posted a comment on a Facebook page for the Women's March SLO's Outshine the Darkness anti-racism rally, reportedly telling the organizers, "I will kill every one of you and make you like it." At the time of his 2017 arrest, SLO police said that Phares owned at least three weapons, including an AR-15 rifle.

In an email response to New Times, Peuvrelle declined to discuss the details of Phares' latest arrest, but said he could face up to three years in state prison. Phares is currently in custody at SLO County Jail on $35,000 bail. Δ