Baggy clothes might have been the bomb for boys back when people still said "the bomb," but now it's becoming more common to see guys dressed in tightly tapered pants, wearing shirts so close-fitting they look as if they were borrowed from their little brother's closet.

Society's new emphasis on male slimness is having repercussions 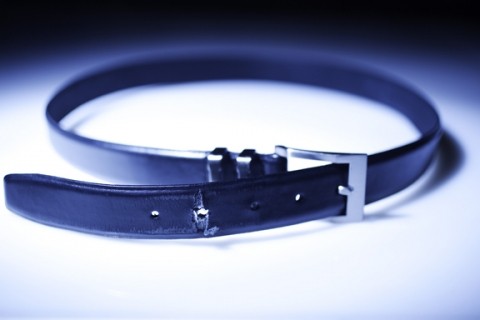 # beyond the check-out aisle too: local health experts say they're seeing more men being treated for eating disorders that were once considered problems only for women.

"It's seen as a female disease but it isn't," said Susan Swadener, a Cal Poly instructor in the Food Science and Nutrition Department. "More and more men are being diagnosed for having eating disorders."

Recent research from a Harvard University Medical School study revealed that nearly 25 percent of all people battling eating disorders such as anorexia nervosa and bulimia nervosa today are men.

Previously, it had been believed that men made up only 10 percent of people with eating disorders. It's unknown whether the Ivy League institution's study is a sign that more males are contracting eating disorders or whether previous statistics went under the radar.

According to the National Association of Anorexia Nervosa and Associated Disorders, the rate of men with eating disorders is not being properly identified because eating disorders are constantly stereotyped as a female illness.

Even the diagnosis of eating disorders is sexually biased. One of the decisive factors when defining anorexia is amenorrhea the absence or suppression of menstruation for at least three consecutive months.

But the symptoms of eating disorders do not discriminate on gender and the physical effects are downright disgusting.

Often, those battling bulimia have bile-smelling breath and an eroding smile from stomach acids breaking down their teeth's protective enamel due to excessive vomiting.

Anorexia sufferers weigh just 85 percent of the ideal body weight for someone of similar age, build, and height. In the most radical of cases, they look like living skeletons clothed in skin. Victims of anorexia share the same unflattering physical characteristics of a methamphetamine addict weak muscles, sunken eyes, hair loss, and yellowing skin. They're also more susceptible to injury.

But the bodily signs are only the shell of what's really going on.

"At the core of an eating disorder is an inability to deal with emotions," Hailey said.

Swadener echoed that thought. "It's more emotional than physical," she said. "An eating disorder is just a symptom of what's going on with the person. Overall I see it as a coping mechanism to deal with the stresses in their life."

Though eating illnesses may begin as a way to help handle emotional problems, experts say they can become fatal diseases for perhaps one in ten sufferers.

But male eating disorders are not just about self-starvation, post-meal vomit sessions, and calorie-consumption benders they can also include excessive exercise regimens in the pursuit of an athletic advantage.

Traditionally, wrestlers have been particularly at risk. The California Interscholastic Federation, the governing body for high school sports in California, has adopted new rules requiring state wrestlers to pass new body fat and hydration tests to be eligible to compete.

Not all male eating disorders arise from athletic pressure, though. Some suggest the media is partly to blame. While women may have phobias of becoming fat, many men have a fear of being frail. While the ladies often attempt to emulate the ultra-thin model look, many dudes desire six-pack abs and bulging biceps.

"Look at a Men's Health magazine cover and you'll see a buff guy with broad shoulders, a big chest, and a flat stomach," Swadener said.

In an attempt to physically imitate the muscle-bound body types often seen in the media, some guys exercise excessively. Their diets become irrationally unbalanced often cutting carbohydrate consumption, increasing protein intake, and loading up on nutritional supplements. Some even turn to syringes full of steroids.

But whatever the reason for developing an eating disorder, experts say the illness should be treated seriously and those suffering should seek professional treatment from doctors specializing in nutritional, mental, and physical health. Those attempting to overcome the disorders should be ready for a lengthy fight to conquer an eating illness. Swadener said it can take up to seven years to fully recover from an eating disorder.

But treatment centers seldom see male patients. "It's pretty rare that we see a man," Hailey said. She has only had two men admitted to the treatment center in the four years that she has been running the program. Hailey assumes the reason for such a low number of male patients is due to "the shame factor."

"Male eating disorders are going to continue to be a problem," Hailey said. She said she hopes increased attention to the issue will lead to more research and treatment centers catering to men.