Medical marijuana to your doorstep

Without a functioning medical marijuana dispensary in San Luis Obispo County, some patients seeking to benefit from the promises of Proposition 215 are examining alternative options for obtaining their THC-laced remedies. 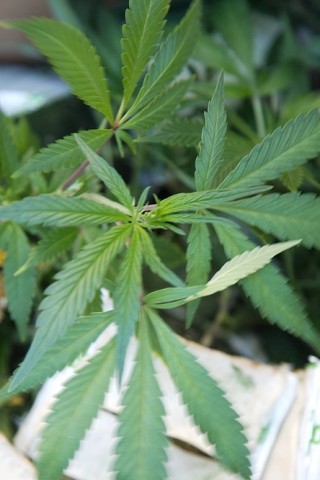 # Home delivery is one such possibility that, after growing in popularity elsewhere in California, seems to be newly budding on the Central Coast.

A recently posted ad on the San Luis Obispo Craigslist website offers same-day delivery to people with current prescriptions. Another--posted by someone who said they were just "traveling through" the area more than a week ago--promised the same service.

Bruce Margolin, a criminal defense attorney and director of the Los Angeles chapter of the National Organization for the Reform of Marijuana Laws (NORML), said that this type of bringing-buds-to-homes business has been going on for quite some time.

"There's nothing new about it," Margolin said. "It's a typical way for patients to obtain their medicine without driving around. There's no difference between this and pharmacies delivering medicine. It's legal and the public should applaud it."

"It's a violation of the law if you're transporting marijuana to sell to somebody," Neufeld said. "The bottom line is if we catch them, we're going to do something about it. We'll prosecute them to the full extent of the law."

According to Neufeld, that means a felony charge for transporting illegal narcotics, which could result in jail time and hefty fines.

Voters in California approved the medicinal use of marijuana--with a doctor's recommendation--a decade ago. But the federal government doesn't accept the state's stance, and drug enforcement agents have moved aggressively against storefront owners--and, in some cases, their landlords--in recent years.

In July, federal and local law enforcement agents arrested Charles Lynch, then-owner of a Morro Bay dispensary. The action came after a March raid that effectively shut the storefront down.

Despite the potential legal consequences, one SLO medical marijuana patient is considering using a home-delivery service.

"It sounds like a good idea. I would possibly think about trying it," said "Marty," who requested that his real name not be used.

Marty explained that one of the major factors in considering purchasing pot from a delivery service is that the closest dispensary to him is located in Buellton--where eighths of an ounce of high-quality marijuana cost $60.

Margolin believes that having delivery services in the area would drop the prices of medical marijuana.

"Hopefully [delivery services] would provide a lesser cost to patients because collectors don't have to pay for a commercial facility to maintain," he said.

The services that were posting ads on Craigslist did not respond to requests for comment.

Neufeld said he isn't concerned with lowering the cost of weed for patients. For him, everything came back to his stance that medical marijuana and everything associated with it is illegal.

"There's no such thing as a prescription for marijuana," he said. "It's a recommendation from a physician, and there's no provision in the law that allows a company to deliver marijuana to your door. It's against the law."

A spokesman from the Drug Enforcement Administration voiced a similar opinion.

That applies to California, too, despite the provisions of Proposition 215: "Contraband is contraband," he said. "If we know of anybody transporting marijuana, we would take action."

Both Martinez and Neufeld said that their respective agencies have been called into communities with cannabis co-ops because of citizens' complaints about increased crime in the area.

NORML's Margolin, however, strongly disagreed with the notion that medical marijuana dispensaries lead to higher crime rates. He said that cannabis delivery services can offer specialized help to people who need it most.

"Delivery services provide patients with individual attention from a caregiver," he said. "They provide convenience to patients who have no form of getting to and from locations. It better assures that patients are getting their medicine."

"[Law enforcement agents] need to protect the patients' rights and not interfere with their rights by wrongfully arresting patients and caregivers," Margolin said.

Even if there are benefits associated with medical marijuana delivery services, Margolin said that he believes storefront dispensaries play a vital role in the well being of patients.

"I feel it's unfair to close dispensaries," Margolin said. "It's a place where people can meet for camaraderie, come together, and support each other through trying times."