I just didn’t listen to enough new releases last year to come up with a top ten worth a damn, and if I had, all it would have is my narrow, subjective opinion of what I liked best. When I think about it, unless a reviewer listens to everything that comes out, all top ten lists are narrow and subjective, so I figured I’d open up my column to one of SLO County’s hidden treasures of the music world, Velanche Stewart, whose show Urban Landscapes airs Thursdays from 11 p.m. to 1 a.m. on KCPR 91.3 FM (starting again on Jan. 8th). Velanche’s web site, including the podcasts, is at urbanlandscapes.org. Without further adieu, here’s Velanche’s take on his top ten nu-jazz favs for ’08, beginning with a brief description of the genre.
—Glen Starkey

“It’s not just nu-jazz that has come my way during the 11 years of my radio show, Urban Landscapes. It’s also funk from the UK and Australia, old-school Latin and bossa from Brazil and Italy, straight-ahead jazz sounds from Scandinavia and Japan. It’s multiculturalism at its most musical, and its most adventurous.

“Think of this list as my primer to you for 2008. If you don’t happen to find them in your local record store, don’t be discouraged. The Internet has made it easier than ever to track down these gems. Check them out and Happy New Year!

Jazzanova—Of All The Things (Verve)

Pioneers of the nu-jazz movement, the German sextet goes for a live-sounding ‘70s soul feel. Featuring a who’s who of esteemed guest vocalists from the scene, it’s all about the soul.

This young Brooklyn-based crooner has been getting lots of love in the underground jazz and soul community; incredibly smooth vocal work alongside his handpicked jazz ensemble.

Known around the world as the “jazz punks” of Japan, this brash sextet unleashes furious energy with blazing horns, wicked keys, and stunning percussions. It’s club jazz to the nth degree: tight!

Some of today’s leading producers and tastemakers of the nu-jazz/dance scene get their hands on classics from the seminal Latin music label Fania Records with remarkable results. The incredible original versions are also included in this 2-CD collection.

From a mysterious, elusive producer somewhere in the Inland Empire comes a mainly instrumental folk album with soul and funk elements to unwind to on a lazy afternoon.

Matthew Herbert Big Band—There's Me and There's You (!K7)

The ambitious follow-up to Herbert’s 2001 big band project—a mixture of politics, Broadway, and electronics with vocals and samples galore. Expect the unexpected here.

The don of Italian club jazz celebrate Bossa Nova’s 50th anniversary with a scrumptious collection from some Brazilian indie labels of the 1960s-‘70s, sounding just as remarkably fresh now as they did back in the day. 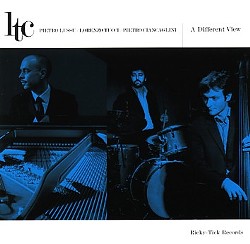 From one of the most respected Scandinavian club jazz labels today comes a captivating Italian trio. Tight European jazz with gorgeous melodies, soulful pianos, and rhythmic drums that steps up the jazz game and delivers the goods in spades.