The November 2020 election is just around the corner, and in Pismo Beach, three seats are up for election and several candidates are in the running. Mayor Ed Waage, and City Councilmembers Marcia Guthrie and Erik Howell are all up for reelection this year, and there are one mayoral challenger and three additional City Council candidates. 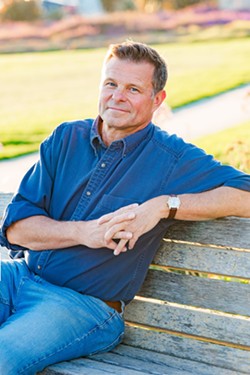 Incumbent Mayor Waage will face off against candidate Dan Shadwell, a real estate agent who has lived in Pismo for about 10 years. Shadwell worked as a TV news reporter, including a six-year stint at KSBY, and in that time, he said he learned a lot about how local governments operate. He also learned how to communicate effectively with the general public, often distilling complex issues into something accessible to anyone and digging up the problems of real community members.

After watching the Pismo Beach mayor and City Council for a few years, Shadwell said he doesn't necessarily feel that effective communication with the community is one of their strengths. Because of that, Shadwell said people on both sides of the aisle urged him to run.

To Shadwell, it's clear that Pismo Beach is going to experience a lot of growth in the next few years. The town needs to be prepared, and City Council needs to ensure that there's enough parking for both residents and tourists and infrastructure to support those who actually live in Pismo. But knowing what residents need and want, he said, starts with talking and listening to them.

"We have tremendously talented and skilled folks in government," Shadwell said. "And I want to make sure that our citizens have an open communication channel with them and that we don't force residents to have to dig through the details on the website to find info that should be readily available and common knowledge."

City Council candidate James Prichard has a similar goal. After a 32-year career in circulation and other backstage roles at the San Francisco Chronicle, Prichard jumped ship in the early 2000s when it became clear that the newspaper industry was in for a rocky future. In 2002, Prichard got into selling cars, and that's where he stayed for years until he retired.

When he moved to Pismo Beach in 2018, he immediately noticed that while tourism is vital to the town's economy, the needs of Pismo's residents often come second to those of tourists. That's true, he said, when it comes to noise, traffic congestion, and especially parking.

Prichard did some research and found that with signatures from 10 percent of Pismo's voters, he could get a citizen's initiative placed on the November ballot. With the help of his wife, Prichard wrote an ordinance proposal that would allow residents to apply for residential only permitted parking on streets where 51 percent of the homeowners are in favor. He needs about 630 signatures by mid-October to get the measure on the ballot, and Prichard said he has a little more than 400 right now.

In his time going door-to-door asking for signatures, Prichard said he's met the residents of Pismo Beach and heard about their other concerns, too. The current City Council, he said, isn't viewed as being very approachable. Prichard hopes to change that.

"So basically I want to be a neighborhood advocate," he said. 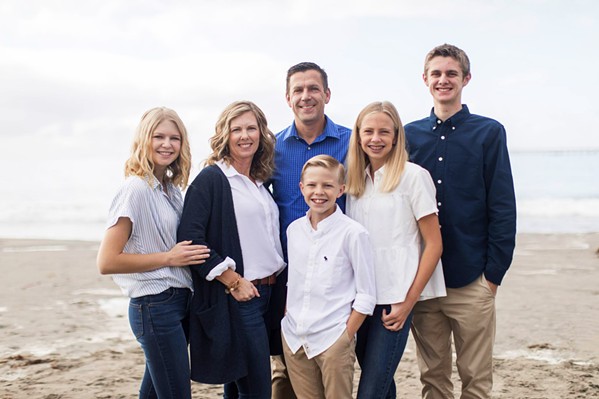 Scott Newton is a longtime Pismo Beach resident, small-business owner, and father of four. For weeks, Newton has been hosting community meetings outdoors aimed at meeting Pismo residents and hearing their concerns.

According to Newton's City Council campaign website and Facebook page, he hopes to build better pedestrian and bike paths throughout Pismo, build more sports fields to meet the demands of Pismo's many school sports teams, and hopes to better balance tourism demands with the needs of the community.

"Our neighborhoods should not be neglected with the city solely focused on catering only to the needs of tourists," Newton's website reads. "Tourism is vital to our economy but so are the needs of our local residents."

Debora Lossing is also in the running for Pismo Beach City Council, but was out of town at press time and couldn't be reached for an interview. According to the SLO County qualified candidate list, Lossing is a businesswoman. Δ