Merrily we troll along: Workshop will address the effects of cyberbullying on teens

The typical picture of a bully is normally an unusually burly child with anger issues. Like Biff Tannen from Back to the Future. You know, they aren’t the brightest bulb, but they know how to get the job done. But with the age of the Internet has come a new form of bullying, of the cyber variety. Known as “trolls,” scores of the unfulfilled, and potentially bored have taken to the Internet, anonymously spewing hate to anyone and anything.

Why? Because they can. With the prevalence of anonymous trolls—who can range from old fogies to tweens—and the sheer number of websites to be used and abused, stopping them, or at least shielding your child from their inexplicable hatred and aggression can seem like an altogether impossible task. How can you protect your kid from somebody you don’t even know? 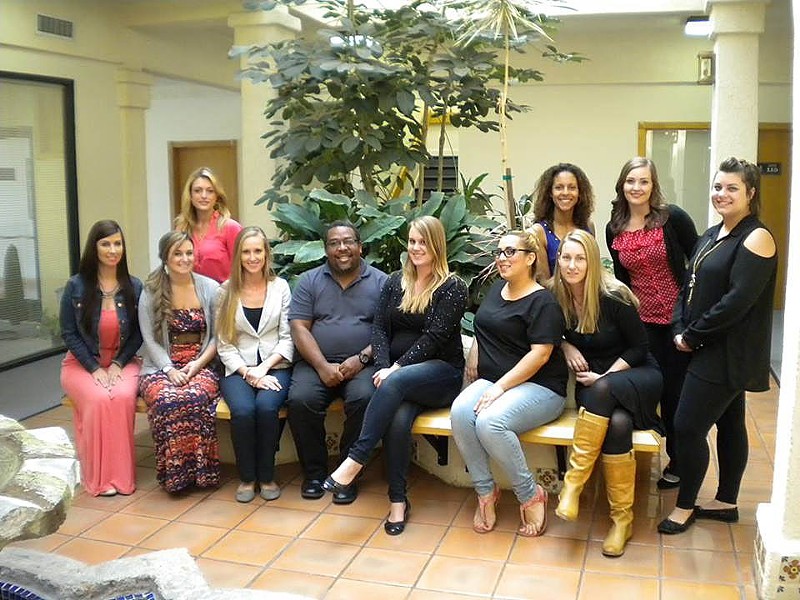 The Browne Psychological Services, in Arroyo Grande, will be addressing those issues with a workshop titled Tormented Youth: Cyberbullying and its Effects on Kids. The workshop, run by Dr. Ronald Browne, will focus on the increase of online harassment and abuse among middle and high school students.

“The cyberbullying workshop is the first of hopefully many workshops,” Browne said. “In addition to the counseling services my practice provides, I would also like to give back to the community in other ways. Workshops like this can not only inform the public, but also facilitate change.”

According to the Cyberbullying Research Center, cyberbullying is defined as “willful and repeated harm inflicted through the use of computers, cell phones, and other electronic devices.” Cyberbullying can occur through Facebook, Instagram, or other social media platforms.

According to the series of surveys conducted by the research center from 2004-2014, more than 80 percent of teenagers use a cell phone regularly, and around half of all young people have experienced some form of cyberbullying, and 10 to 20 percent say that they have experienced it regularly.

“I have an adolescent daughter, and cyberbullying is a huge issue among teenage girls,” Browne said. “I have also counseled many adolescent girls and boys that have been cyberbullied. Adolescents nationwide are choosing suicide rather than enduring the taunting and bullying. At the very least, cyberbullying creates feelings of anxiety and depression.

Browne said that parents should talk with their kids about risks involved with using the Internet. In addition, parents should carefully monitor and set boundaries for their young children’s time on social media sites rather than banning them from the Internet altogether. In the immortal words of Jeff Goldblum, “Life … finds a way.” And so will children, because while they may seem like the picture of innocence, they can be pretty crafty. Like Wile E. Coyote, except better. So parents should know that honesty and open communication about online usage is always the best solution.

Also, Brown said that knowing the laws and rights in states could be helpful as well. Cyberbullying is considered to be a crime in the majority of U.S. states, including California. Additionally, Internet Service Providers have Acceptable Use Policies that lay out guidelines for users and what actions can be taken against those who violate them.

Most of the advice for children may seem like common sense, but in an age where Internet usage is so ubiquitous and prevalent, many people become lax about their online habits. So it’s important that kids know to never share any of their personal information online, even if it’s with their friends, and they should never let anyone know the passwords to their social media profiles. They should also refrain from “friending” people they don’t actually know; not only can this lead to cyberbullying, it can also be dangerous.

The workshop will be held on Feb. 7 from 9 a.m. to 3 p.m., at 227 Bridge St. in Arroyo Grande. It costs $25 to attend, but is free for high school students who have an ID. Snacks and beverages will be provided. For more information about the event, or to reserve a seat, visit brownepsychservices.com, or call 481-2823.

The Central Coast Roller Derby is holding its 5th annual Skate-A-Thon on Sunday, Feb. 22, to raise money for their upcoming travel expenses. Members will skate—or walk—as many laps as possible for two hours. There will be prizes for those who skate the most laps, raise the most money, or collects the highest number of pledges. The event will be at Santa Rosa Park on 1050 Oak St. in SLO. For more information about the event, or to make a pledge or donation, go to centralcoastrollerderby.com.

Intern Adriana Catanzarite is now re-watching the classic movie, A Troll in Central Park. Send your business and non-profit news to strokes@newtimesslo.com.