With the 2018 general election a little more than a week away, SLO County Clerk recorder Tommy Gong said voter registration has already exceeded that of the 2016 presidential election.

As of Oct. 24, Gong said voter registration in SLO County had topped 170,000 people, surpassing the 168,275 registrations recorded in the 2016 presidential election. 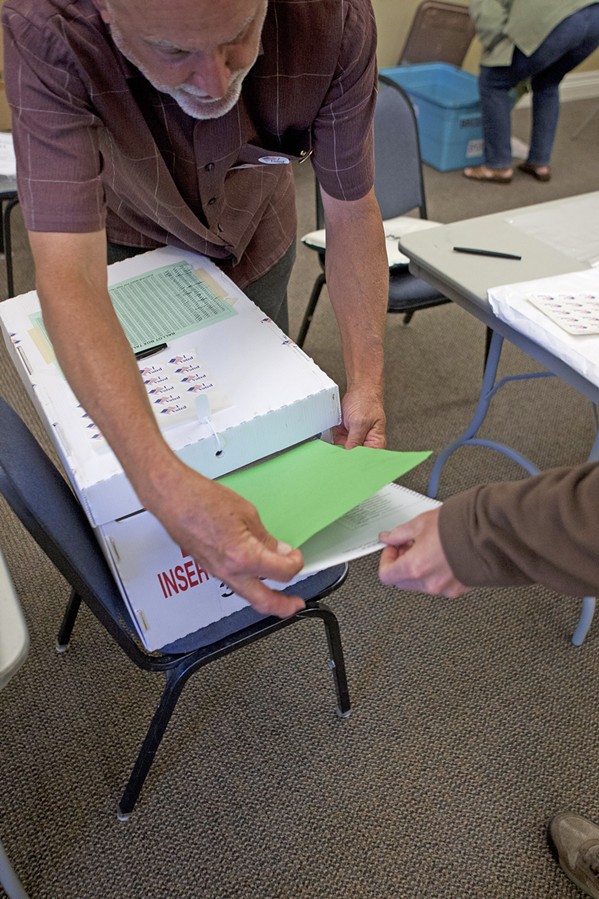 "It's a little mind-boggling," Gong told New Times. "You almost never see registration in a gubernatorial election exceed a presidential one. It's tremendous."

Gong credited the high numbers to the increasing use of online voter registration and energetic voter registration efforts in the county. That included Cal Poly's participation in The Ballot Bowl, a statewide initiative that challenged California universities and community colleges to compete in a "friendly competition" to see which campus could register the most voters. According to data from the California Secretary of State's Office, Cal Poly SLO surpassed all of the state's other college campuses, registering 2,754 voters as part of the competition.

Both parties are pushing to energize voters. Democrats are framing the midterms as a referendum on President Donald Trump. Republicans are attempting to leverage recent political flashpoints such as the appointment of Supreme Court Justice Brett Kavanaugh to help them maintain their majority in the House and Senate.

Gong said that his office was finalizing a report on the county's voter registration numbers, which would be released after New Times went to press.