But one option reigns supreme, according to the SLO Visitor Center: Wine tasting. With more than 250 wineries, there are tasting options to suit every palate.

However, one local farmer hopes to carve a unique niche in the tasting market. Enter Mighty Cap Mushrooms. 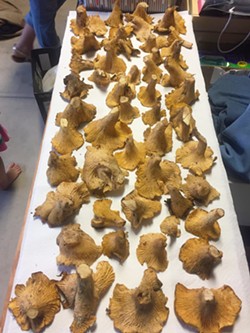 Proprietor Chris Batlle is building a state-of-the-art mushroom-growing facility just 2 miles from downtown Paso Robles. The 1,400-square-foot building, situated on a picturesque 5-acre parcel alongside almond orchards and wineries, will boost Mighty Cap production capabilities from its current 50 to 80 pounds a week to 1,500 pounds.

It will also feature a tasting menu as pleasing to the eye as it is to the stomach.

"It's mind-blowing," Batlle said. "You see these bouquets—some look like coral, with blue flowers. There are so many colors, with not a gill out of place. They are so perfect in their own way. A lot of people say, 'I don't want to eat these, they're so beautiful.' And I tell people they taste even better than they look."

"We have been focusing on new ways to educate people on the fascinating properties of mushrooms," he explained. "There are so many complexities to enjoy, from texture to taste. I don't want people to be intimidated by the beauty but intrigued on how versatile they can be in the kitchen."

Listening to Batlle describe a mushroom is like listening to a sommelier describe the perfect wine.

"My favorite mushroom is a chanterelle," he said. "It can only come from the wild, which makes it very special. It's completely symbiotic with nature. During the picking season the forest smell is intoxicating—as if you were to peel back the freshest damp soil in the middle of the forest under a big oak tree.

"One of the biggest draws is the hunt. It's almost the same feeling you get when panning for gold to find these mushrooms in the wild," he added. "They have this beautiful gold exterior color. When raw, the flesh is pale white, and they have a very fruity aroma with notes of apricot and peach. When cooked, chanterelle mushrooms are chewy with a velvety consistency and have a woodsy, earthy flavor with hints of mild pepper."

Batlle has already made an impression on the local culinary scene. His current clientele includes industry heavyweights Ian Adamo and Rachel Ponce.

Sommelier Adamo has featured Batlle's mushrooms at his Paso eatery Somm's Kitchen, an exclusive establishment featuring only 14 seats per night and a wait-list for bookings through September.

"He is all-in on mushrooms, and we are lucky to have him in town," Adamo said of Batlle. "I love all the different textures, aromas and taste of the many varieties he has. It would be so fun to experience that at a bar."

"At Somm's I was using his product on a dish that was epoisses cheese roasted on cedar." Adamo said. "I added [lion's mane] on cedar with the cheese. Before they made their way to the cedar, I steamed them in banana leaves and then roasted them in a cocotte [Dutch oven]. The texture and earthiness went well with the cheese."

Ponce, who just launched her Pair With Chef Rachel dining experience out of Dead Oak Brewing Company in Atascadero, is equally impressed.

"I love out-of-the-box ideas," said Ponce, a private chef and recipe developer for Edible San Luis Obispo magazine. "I would be the first to belly up to a mushroom flight. I've paired bright whites, rounded chards, tannic reds, and even bubbles with Chris' mushrooms.

"My last dish I made was a variety of oysters—blue and black pearl mushrooms—seared and sauteed with bacon. I topped that with miso-rubbed black cod, dehydrated jalapeño, bonito flakes, and a bacon dashi [a traditional Japanese stock made of kelp]."

Ponce also loves lion's mane. "The texture is unlike any mushroom I have tasted," she said.

His business growth can best be described as a three-part series, with the final season premiering in late summer.

Season 1: Born in Rochester, N.Y., and raised in Orange County, Batlle met his wife, Summer, in Laguna Beach. A transplant from Avila Beach, Summer suggested they leave successful jobs in construction and the day-spa industry, and return to her hometown.

The small-town life and gorgeous scenery appealed to Batlle, so he said "absolutely." In 2009 they relocated to Atascadero, then Paso, where they ultimately reimagined themselves as a fishmonger and hat maker, as well as farmers and parents.

Batlle landed positions with Morro Bay Fish Company, Central Coast Seafood and, ultimately, Santa Monica Seafood, which bought both establishments out. Then the region's wine industry lured him to Sextant as its facilities operations manager.

Summer, meanwhile, launched pasoroblesmom.com, outfitting individuals and local businesses with custom-made trucker hats. She also survived a bout with cancer, a precursor to their obsession with eating healthfully. 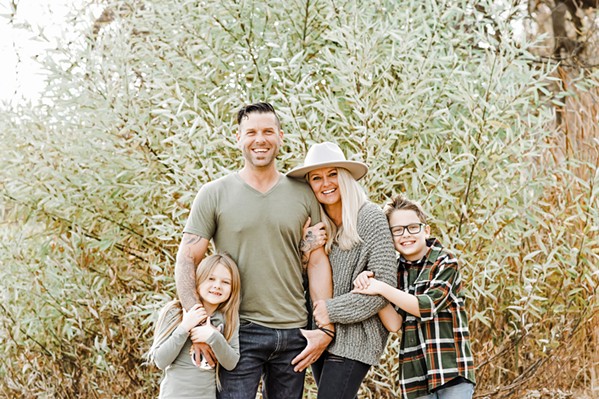 Crops include primitivo grapes, olives, various vegetables, and the prized mushrooms, currently housed in a metal shipping container that was craned onto their property and completely renovated.

Season 2: When Summer was diagnosed with (and successfully cured of) colon cancer in 2016, the family redoubled efforts to eat healthy, with mushrooms—and their purported anti-carcinogenic properties—eventually taking center stage.

The family started growing blue oyster mushrooms out of their garage. Friends and family became fast fans, and they quickly depleted their weekly 5- to 8-pound supply. They ramped up tenfold after renovating the 160-square-foot shipping container and, in 2021, started selling their product at Etto Pastificio Italian market in Paso Robles.

Batlle says he hits Etto every Saturday at 10:30 a.m. and quickly sells out. He also distributes directly to chefs and individuals through a "porch pickup" program at their home.

The company name resulted from a family brainstorm session at the kitchen table. "Everyone wrote down names and logos they thought would work," Batlle said. "There were some cool names that came up, but we all voted on Mighty Cap Mushrooms for the win. Mighty Cap signifies the overwhelming health benefits that come from these beautiful gifts of nature." 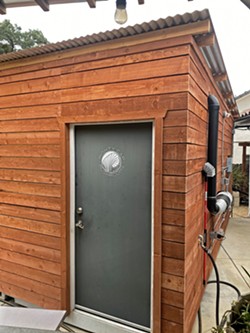 Season 3: While the new mushroom-production facility nears its final stages, the Batlles are optimistic about its prospects. Beyond providing the local community with fresh, organic product, the Batlles also hope to expand their enterprise to include health supplements and even mushroom jerky.

"[Jerky's] been a huge hit with all of the samples we've been putting out," Batlle said. "It's shelf-stable, and it can ship anywhere in the United States. We've also talked about making mushroom burgers and mushroom meatballs, freezing them or selling them fresh for distribution."

They also look forward to welcoming guests for educational tours and tastings.

"My biggest high is giving experiences to people," Batlle said. "My wife always tells me, 'You're such a food pusher. You're such a salesman.' But when you find the best product possible, it sells itself." Δ

Flavor writer Cherish Whyte can't wait to try a mushroom flight. Reach her through the editor at clanham@newtimesslo.com.