All those infected have been isolated, and the affected housing units are quarantined, the Sheriff's Office stated. 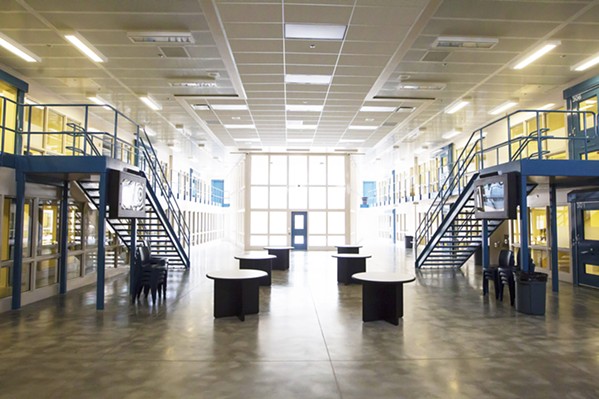 The Sheriff's Office said it's working with the SLO County Public Health Department to manage this outbreak, and the source is under investigation. On Dec. 10, three inmates tested positive who were assigned to the same housing unit. At the time, those cases marked the jail's first outbreak since July.

Sheriff's Office spokesperson Tony Cipolla told New Times that the spike in positive cases has not caused a significant staffing issue and has not resulted in a reduced ability to deliver services and responses to calls.

"We do track that as a metric any time we have an increase in cases, but we have been able to make adjustments with remaining staff to bridge the gap and maintain our service levels," Cipolla said.

That ability to respond to calls could change, he said, if the Sheriff's Office has a sustained spike or if the office's infections increase in number.

In the jail, the Sheriff's Office has developed contingency plans for the past several months to address this type of situation if it arose.

"We are working diligently to mitigate any areas of employee exposure to slow the spread through increased distancing, sanitation, and use of personal protective equipment," Cipolla said.

Information released from the Sheriff's Department states that the number of positive cases reflects the rising number of cases seen countywide.

Cipolla said when intaking newly arrested individuals, inmates are screened for symptoms, their vital signs are checked, and they're given a COVID-19 test. If an individual has symptoms, they're isolated.

Sheriff's Office employees who work in the custody department are screened daily, and are isolated and tested if symptomatic. Employees wear full personal protective equipment in any COVID-19 units and wear masks at all times in the county jail, Cipolla said. Δ