On Dec. 24, the SLO-based company announced an acquisition agreement with the San Francisco-based investment firm Vista Equity Partners, which plans to buy all of Mindbody's outstanding shares for $1.9 billion.

The move will return Mindbody, which first went public in 2015, to private ownership. The company that provides cloud-based software for health and beauty industry businesses has seen impressive growth since it went public, opening a Santa Maria office in 2016. Mindbody's headquarters are located in San Luis Obispo. The company also has other offices in California, Arizona, Texas, Georgia, New York, the United Kingdom, and Australia. 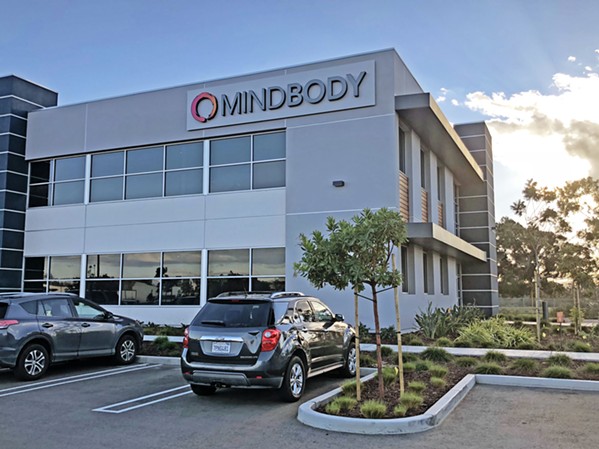 Mindbody CEO Rick Stollmeyer sent an email to the company's staff on Dec. 24, available in a Security and Exchanges Commission (SEC) report, to announce the proposed acquisition.

"With the acquisition, Mindbody will once again be a private company, with added flexibility to further accelerate the growth of our customer base and global marketplace for fitness, beauty, and wellness," Stollmeyer wrote. "The entire leadership team and I are truly excited by the opportunities Vista opens up for us, and we remain deeply committed to our mission, to our customers' success, and to providing you with a culture-first environment and purpose-driven career opportunities."

Mindbody staff could not provide comment about the acquisition until it is completed, due to SEC regulations, but according to a list of Mindbody "Employee FAQs" also available in the SEC report, Vista agreed to preserve employee benefits and salaries for at least one year after closing the deal. While there was no information about the Santa Maria office, the FAQs said, "We expect that Mindbody headquarters will remain in SLO."

The SLO headquarters houses hundreds of Mindbody employees, and the Santa Maria location has more than 80 on staff. The decision to expand in Santa Maria came after the company researched where many of its employees lived on the Central Coast, Stollmeyer explained at a Nov. 8 event hosted by the Economic Alliance of Northern Santa Barbara County in Santa Ynez.

"We had a whole bunch of people living right here," Stollmeyer said at the event. "They were coming from Los Olivos, Santa Maria, and Lompoc to commute to the SLO office."

According to the release from Mindbody, the agreement includes a 30-day "go shop" period that lets the company's board of directors consider other offers for the company. The company's current board voted unanimously in favor of the acquisition, the release said, and the deal is expected to be completed in the first quarter of 2019.

Vista is an investment firm that focuses on "software, data, and technology-enabled organizations led by world-class management teams," according to the release, and has more than $44 billion in "cumulative capital commitments." In his Dec. 24 email to Mindbody staff, Stollmeyer expressed optimism about the acquisition, which he wrote had the potential to nurture the company and help it grow.

"Team, thank you. It is through your dedication, passion, hard work, and incredible talent that we have arrived at this pivotal moment," Stollmeyer wrote. "Together, we have built a company, products, services, and mission that is unrivaled. With Vista, I'm confident we'll build upon our successes and accelerate on our path toward helping people everywhere lead healthier, happier lives."

• Old Juan's Cantina donated $2,615 to support the Boys and Girls Club of South SLO County. On Monday, Dec. 17, the Oceano restaurant donated 50 percent of the day's sales to the youth organization as part of Old Juan's annual Community Support Day of Giving.

• Cal Poly's "Far Out Frequencies" float received the Extraordinaire Award for the most extraordinary float at the 130th Rose Parade held on New Year's Day in Pasadena. The float, built by students from California Polytechnic Universities in San Luis Obispo and Pomona, featured a pair of astronauts and a handful of animated extraterrestrials on an alien planet. Δ