Morro Bay city attorney will get the axe after all 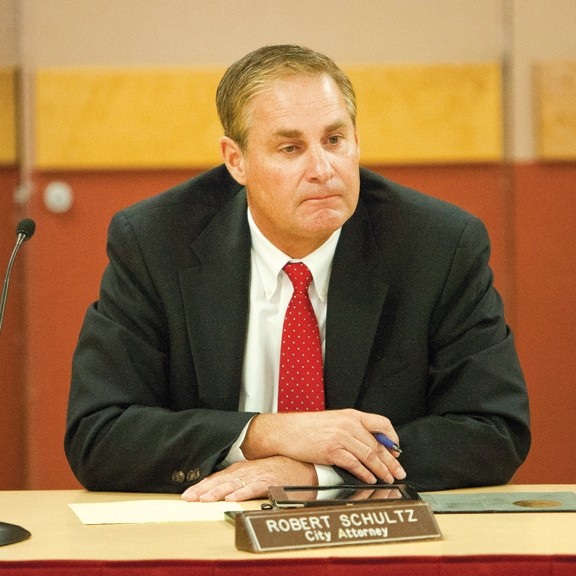 The meeting wasn’t quite as well attended as the last time the council took up the issue, but it was clear from the antagonism on the parts of residents and council members that the city of Morro Bay couldn’t be more polarized when it comes to the matter of firing the city’s long-time attorney.

But that’s ultimately what the council majority narrowly voted to do, following a more than four-hour special closed session meeting on Oct. 21.

The majority reached its decision over the staunch opposition of council members Nancy Johnson and George Leage.

The Oct. 21 meeting was almost over before it began. As Irons began to utter the first words of the day’s agenda in open session, Nancy Johnson interrupted. She challenged the legal grounds for the meeting based on whether the council’s outside legal counsel, San Luis Obispo-based attorney Steven Simas, possessed a license to do business within the city. The council had previously approved his hiring to advise on the delicate process, but Nancy Johnson and Leage again challenged that hiring. Irons immediately ordered a three-minute recess.

As the recess clock ticked down, everyone on the council dais and Schultz sat in silence and appeared to be awkwardly avoiding eye contact with each other.

When the meeting proceeded to public comment over Nancy Johnson’s objection, residents who addressed the council continued the vitriolic back-and-forth that has become a meeting staple. Slightly more than half of the 150-some attendees appeared to support Schultz. 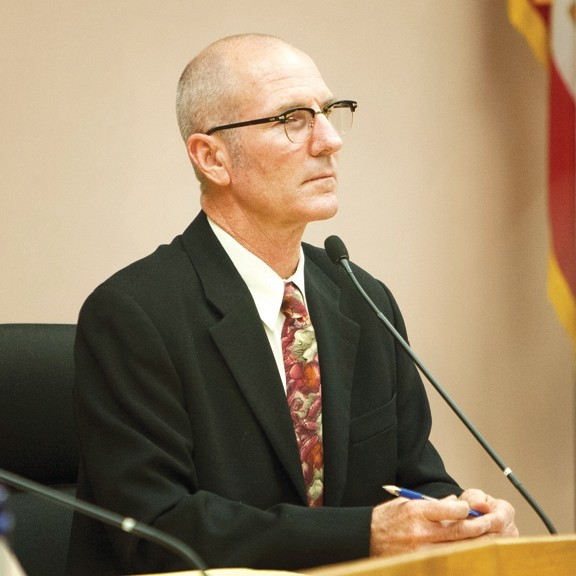 “I worry about the fool’s errand which you are supporting,” resident Jeff Jones told the council majority. “You guys are part-time advisers to the city. These guys are professionals.”

“I had to put a coat on on my way over here today because it’s so cold out. But that must pale in comparison to the ice that must be in your hearts if you want anything to happen to these two people here,” former councilman and planning commissioner Rick Grantham told the council, pointing to Schultz and Lueker.

Though the most dramatic testimony came from those opposed to Irons and the opaque reasoning for Schultz’s termination, others voiced their support of the process.

“Mayor, you should be applauded for taking the heat for all this,” resident Bill Weatherford said. “We’re following the law thanks to you.”

But residents on both sides of the issue told New Times that the case is ultimately a sad one that has set neighbor against neighbor as a recall petition for Irons circulates through the city. A reporter looked on as one resident—who didn’t want to be named—approached a long-time neighbor to say hello. The neighbor of some 10 years refused to shake his hand, saying that he didn’t “know what side” he was on.

The special session to authorize soliciting Schultz’s interim replacement will begin at 9 a.m. on Oct. 25 at the Veterans Hall.