In a monthly newsletter, the Morro Bay city manager usually wraps up community events, city efforts, and achievements, but in the June 3 update, he opened with the recent mass shooting in Virginia Beach.

On May 31, a civil engineer, who had worked for the city of Virginia Beach for about 15 years, opened fire in Building No. 2 of the Virginia Beach Municipal Center. Eleven city workers and a contractor, who was at the municipal center to see about a permit, were killed. 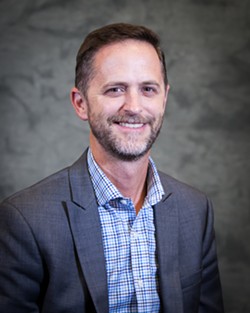 In Morro Bay's recent newsletter, City Manager Scott Collins said that the incident had shaken him to his core as he worries about a horrific incident like this playing out in his community.

"The incident last Friday was jarring because these things are sort of in the background all the time, and we're sort of inert to it. Seeing the city manager for Virginia Beach go up and talk about the victims who were coworkers of his, detail who they are, the lives that were lost, the service to the community that's now lost, and the impact it's going to have on their colleagues and families—that for me was eye-opening," Collins told New Times.

Rick Catlett, the police department's acting commander, said the department does periodically have active shooter trainings and works closely with the schools in the community and any organization that wants to have the training.

"The bottom line is our officers are constantly trying to stay updated on new tactics when it comes to active shooting situations. Our goal is to be as proficient as possible just in case it happens," Catlett said.

The challenge, he said, is keeping the mindset of always being prepared and always understanding that this could happen in the blink of an eye. Catlett said if it does happen, law enforcement needs to be prepared to go in and do whatever it takes to isolate, eliminate, or counter the problem to reduce or prevent the loss of life.

In addition to the training, Collins said he wants his colleagues to have situational awareness. If they see something, they should say something. If a staff member witnesses something very uncharacteristic of a coworker or a family member, encourage them to get help. If someone sees or hears a threat, contact a supervisor or notify the police department, he said.

"We owe it to ourselves to be aware of what's going on in our surroundings and take care of each other," Collins said. "There's going to be a lot of discussion at the leadership level here about that and also what kind of services can we provide to our employees that may be experiencing hard times." Δ