The city of Morro Bay has been working on its short-term vacation rental ordinance for four years. Recently, a committee met 12 times to come to a consensus on an ordinance that would satisfy the entire community—renters and neighbors alike.

At a Sept. 22 City Council hearing on the draft ordinance, public commenters voiced their thoughts on whether current rentals should be grandfathered into the new ordinance when it goes into effect. 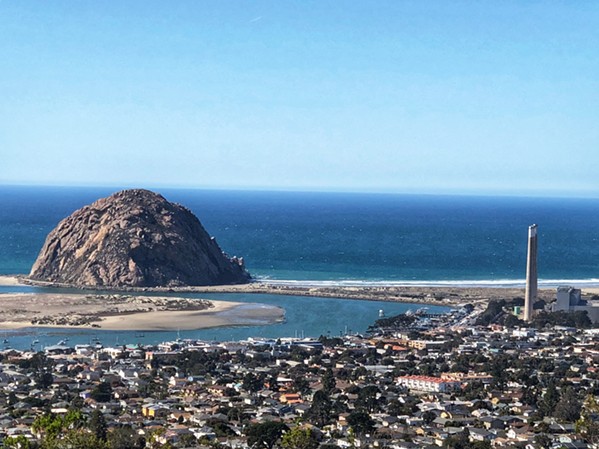 URelax Vacation Rental owner Robert Elzar said during public comment that the No. 1 thing he and others were against was a lack of grandfathering in and the possibility of using a lottery process to issue vacation rental permits.

"I think even at its least severe application, you're looking at a loss of probably 50 or 60 homes throughout the city. You know, many of these homeowners have dreams of retirement in these homes, they set up their life savings, and it's a huge investment for them," Elzar said.

Morro Bay Mayor John Headding told New Times that the grandfathering issue was contentious for both the community and the council.

"That has to do with once you implement these regulations, are you going to allow non-conforming short-term vacation rentals to be grandfathered in and continue to be able to operate, or what was proposed by the staff report and agreed to by the citizens' committee was basically not to support grandfathering," Headding said.

After a lengthy discussion, the council decided to allow existing rentals to be grandfathered into the new ordinance because of the potential impacts to individual owners but also to the city's transient occupancy tax revenue.

In terms of enforcement, if the city identifies an illegal vacation rental, the draft ordinance outlines an immediate cease and desist order with a potential $1,000 fine for each day it operates illegally. The owner would also be removed from the permit waiting list and would not be able reapply for two years. The draft also details a new fine system for regulation violations, which begins with a warning and includes monetary penalties for continued violations.

Annual fees for a short-term vacation rental permit, from $500 to $750, will cover the cost of the short-term rental program, including training for rental owners, rental inspections, and dedicated code enforcement staff that neighbors can file complaints with. The program would also include a good neighbor brochure and guest acknowledgement of rules.

City Council directed staff to bring back a plan to audit licensed vacation rentals and ensure that transient occupancy tax is being paid appropriately to the city of Morro Bay. City staff are slated to present those draft ordinance tweaks at the City Council's Oct. 13 meeting.

Headding has been a part of drafting and fine-tuning the ordinance for the past four years and said that the recently appointed committee members, a cross section of stakeholders within the community, did the heavy lifting.

"I think what I'm most proud of is the fact that this was a robust process that encompassed a significant amount of community involvement, including the new committee representation that I talked about, but also the Planning Commission weighed in on it and the Tourism Board weighed in as well," he said. "We involved differing opinions in crafting the ordinance and not everybody's going to be happy, but I think this satisfies the need for a majority of what the community is looking for." Δ