Morro Bay won't own future location of its water facility

After a citizens group petitioned Morro Bay's decision to purchase the site of the city's future water reclamation facility, the City Council voted to repeal its decision at a Nov. 12 council meeting.

The petition, filed by Citizens for Affordable Living in October, has 894 verified signatures out of the 1,114 collected—only 748 were needed for the city to consider axing its adopted ordinance. 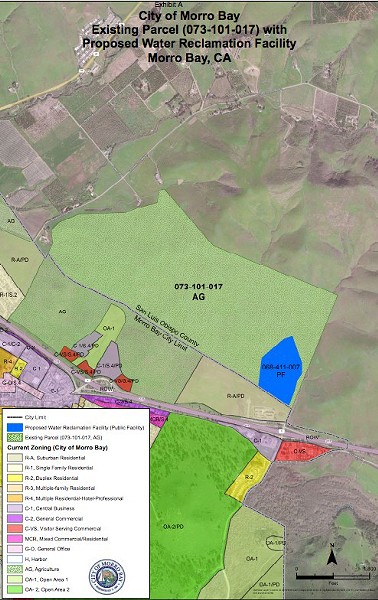 "I am not going to be bullied into spending any more ratepayer money on a special election by people who do not consistently state what they want, people who are trying to use this as a weapon to tear down the expressed will of the majority of Morro Bay voters," Councilmember Robert Davis said.

During the meeting, Davis said that Citizens for Affordable Living has continuously brought forward questions, objections, and proposals to reduce the cost of the project. He said the council listened and followed many of their suggestions but had a history of objecting to some aspect of the project or the process to bring it to fruition.

In response to Davis' comment, Councilmember Jeff Heller, who voted against the repeal, said the real issue isn't the project but a clear divide between the City Council and some Morro Bay residents.

"It's this issue of us against them. I can tell you as one of them that we have not, in spite of that long list of things that supposedly have been done to accommodate our comments, we have not been heard," Heller said. "It's not going away regardless of how this vote goes tonight."