On April 14, the Morro Bay City Council introduced the first reading of its ordinance regulating tobacco, vaping, and secondhand smoke within city limits. One aspect of the ordinance may cause a local business owner to relocate his operation. 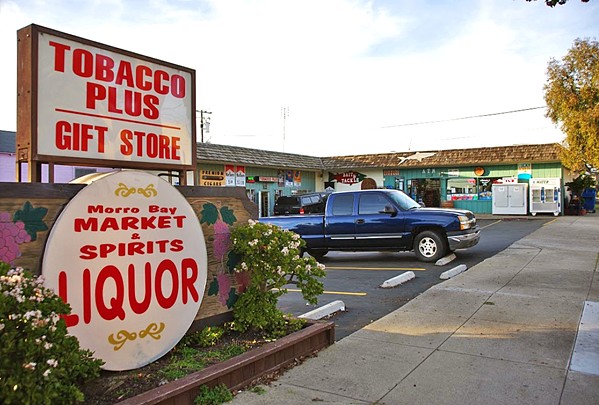 Ben Akkare, owner and operator of Tobacco Plus, said he's met with the entire City Council and was present during all five council meetings on the topic. He said the council is making a decision that's going to hurt local business owners such as himself who operate liquor or tobacco stores that sell tobacco and vaping products.

Akkare said his family has lived in the county since 1996. He opened his liquor store, which sells tobacco products, in 2007 and established his tobacco shop in 2009.

The city's decision, he said, will impact his businesses and could force him to relocate to another area of the county.

"It does hurt when my city is not looking after businesses like mine," Akkare said.

Morro Bay Mayor John Headding said that based on meetings he's had with several tobacco retailers in the community, their concerns were in regard to sales of menthol cigarettes and smokeless tobacco.

"They said that made up 70 percent of their business. As a council, we examined that and we made that exception," Headding said. "I think the vast majority of wholesalers would want to have none of this, but the input that we took looks likes what would have the most significant impact on sales would have been the banning of menthol and smokeless tobacco products."

He said the council approached the issue by looking at the balance between sustainable retail business and public health.

The ordinance will prevent secondhand smoke in multi-unit residences by prohibiting smoking in both the units and common areas of apartment and condo complexes, senior and assisted living facilities, and long-term health care facilities except in designated smoking areas. This regulation will go into affect Aug. 1.

Headding said the ordinance also puts into place a 100 percent ID check policy that requires tobacco retailers to verify the age of every person purchasing a tobacco product. The second reading of the ordinance, slated for the next Morro Bay City Council meeting, will pave the way for city staff to create a tobacco retailer license program that will go into effect Jan. 1, 2021.

This is the part of the ordinance that Akkare said will force him to move his businesses elsewhere. Headding said retailers would have to apply for a permit fee to participate in the mandatory program.

"That would allow the city to enforce the essentials of the ordinance, and would provide us a mechanism for punishing violations of local, state, and federal tobacco laws," he said. "We felt this was important because of the limited resources that the county had to get to all of the retail units on a consistent basis. We wanted the ability to be able to do that as well to enforce our local ordinance." Δ