Most SLO businesses lost at least half their revenue, didn't get federal loans

A San Luis Obispo Chamber of Commerce survey of more than 200 local businesses found that a majority have experienced at least a 50 percent decline in revenue since the onset of COVID-19, and most have not had any success receiving loans from the U.S. Small Business Administration (SBA). 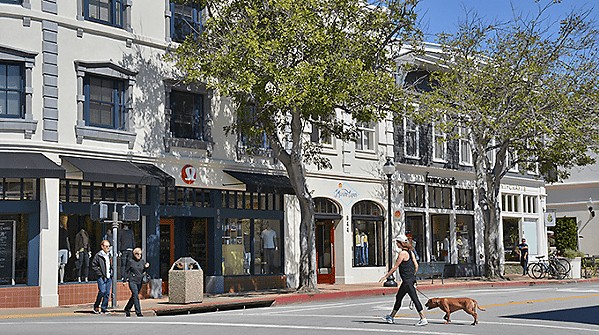 The survey, which ran online from April 20 to 27 (and will be repeated in the future), asked 13 questions to businesses about the impacts of the coronavirus shutdown, including their experiences applying for forgivable loans from the SBA that were funded by the first federal COVID-19 stimulus package.

The intent of the survey was to gather data and feedback from the local business community amid the economic shutdown, according to Jim Dantona, CEO of the SLO Chamber.

"Normally, we're running events where we can connect with our business owners and hear from them directly about what's happening. Now it's becoming incredibly difficult to get that direct feedback from them," Dantona said. "A lot of people want to know what's happening."

Of the 235 businesses that completed the survey, 73 percent were SLO-city based and 59 percent had 10 employees or fewer. The top represented industries were professional service (23 percent); food, beverage, and hospitality (13 percent); nonprofit (12 percent); and "other" (20 percent).

Three in 5 business owners said their revenues have declined by at least 50 percent, with 2 in 5 reporting even steeper losses of 75 percent or more. A third said they'd temporarily closed due to the pandemic, about one quarter said they'd laid off or furloughed at least one employee, and 2 in 5 have been unable to pay their rent in full.

While those numbers didn't surprise Dantona, given the magnitude of the crisis, he said they were still "shocking to see." He noted that reality is probably even worse than the survey indicates.

"I think that the number [of businesses with 75 percent revenue losses] is much higher, because you probably didn't respond to this if your business was shot," he said.

SBA loans—one critical lifeline available for small businesses—were popular among businesses, but few reported success with them. According to the survey, 4 in 5 SLO companies applied for at least one emergency loan through the SBA (the Economic Injury Disaster Loan or the Paycheck Protection Program). Yet only 28 percent of those applications were approved, and only 8 percent have actually received the funds.

The SBA ran out of funding for the programs on April 17. Congress recently replenished them with $370 billion in a new stimulus bill.

The rollout of the loan programs received widespread criticism for funding big corporations, including some publicly traded firms. Many of the companies that were awarded multi-million-dollar loans, like Shake Shack and the Los Angeles Lakers, returned them amid public pressure.

Dantona said that while the survey shows many local business owners were unsuccessful with the SBA, he was pleasantly surprised by the approval numbers.

"I thought our numbers were going to be almost zero," he said. "I was actually excited to see there'd been that many [approvals]."

He said he's hopeful that business owners will have an easier time during the second iteration of the SBA programs.

"I'm hoping in the second round, the money gets down to the small-business owners, who are the keystones to this community's economy," he said. Δ