Chefs are constantly on the move, but more prefer staying here

It’s common for chefs to move from restaurant to restaurant: aspiring young chefs fresh out of culinary school need such opportunities to build their repertoire; for the experienced chef, however, it’s about finding their niche. This month we’ve had a lot of changes happening in the restaurant industry, from chefs Brian Collins, Pandee Pearson, and Ryan Gromfin switching between popular restaurants to the relocation of Luna Red in San Luis Obispo. While the news seemed shocking at first, it bodes well. I predict that we’ll have some exciting new treats that every food and wine lover can look forward to trying. 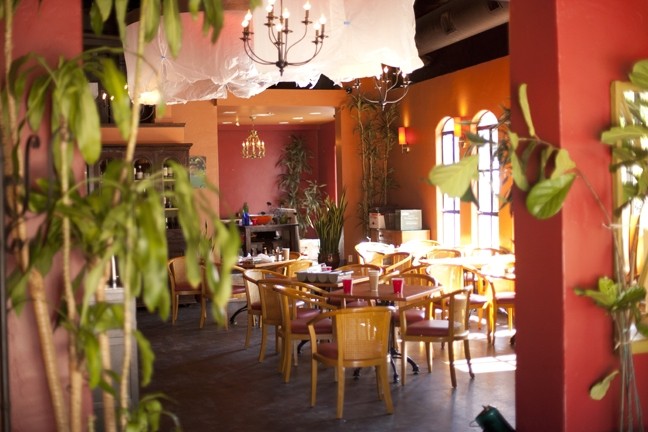 Over the past 16 years that I’ve been writing for New Times, I’ve interviewed so many chefs I can’t recall every name. Because of my 12-year history in the restaurant industry most of them were candid during interviews, confiding in me because they knew I would never betray them. Most of those chefs who relocated to the Central Coast were attracted by our small town communities and burgeoning wine regions. Unfortunately, many of them didn’t stay long for several reasons, including lower than average pay and the lack of qualified sous chefs and line-cooks.

Sadly, the factors that once drove some talented chefs back to the city life haven’t changed much. But over the past few years good chefs have proven themselves committed to sticking around. Of course they still tend to move among restaurants searching for the right fit. We’re also seeing more of our young locals who left to attend culinary schools in San Francisco or New York return to realize their dreams of owning a restaurant where they grew up.

My first surprise was news that chef Ryan Gromfin had left Central City Market a week after my review. I’ve been in touch with him and learned that he’s working on a new project for Santa Maria, but it must remain under wraps for now. Last Wednesday I heard that chef Pandee Pearson was moving. I’ve touted her talents while reviewing several restaurants she headed: Windows on the Water (now under the helm of the artistic chef Neil Smith), Adelina’s, and the Gardens of Avila. Pearson and I were one class apart at San Francisco’s Culinary Academy in 1988, and we both worked for Wolfgang Puck but never met until she moved here. She’s excited about taking on the executive chef position at Lido in Dolphin Bay Resort in early May. And what of chef Brian Collins, you ask, just as I did?

Collins, who took over Lido last July when chef Evan Treadwell left, is returning to his previous job, cooking at Full of Life Flatbread in Los Alamos. The wildly popular restaurant, founded by the executive chef Clark Staub, has a customer base that ranges from San Luis Obispo to Ventura. They’re a favorite of many Hollywood stars who live in Santa Barbara and drive over the San Marcos Pass just to have dinner at this specialty pizza palace. I love their artisan flatbreads, among many other delicious treats they create in that igloo-looking, wood-fired oven. This menu is the standard when it comes to fresh from the Farmers’ Market cuisine.

Collins, a SLO County native, said he’s excited about returning. He explained that a free standing restaurant, rather than a hotel-based eatery, is a better fit for him. “It’s where my heart is, it fits my style of cooking a little better,” admitted Collins who spent five years in the kitchen at the world famous Chez Panisse in Berkeley. “There’s no bad will at Lido; both management and the owner supported me 100 percent and we’re parting on good terms.” When they asked him to recommend his replacement, Collins suggested Pearson.

After returning to Full of Life Flatbread, May 17 will be the first Thursday they open to the public for dinner. They were formerly open only Friday through Sunday nights, and with the addition of Thursday they’ll be serving dinner four nights a week. The first Thursday night will be a winemaker’s dinner with Presqu’ile winery of Santa Maria, followed on Friday by a Firestone Walker Brewing Co., dinner, and Figueroa Mountain Brewing Co. dinner on Saturday night. Staub added, “We’re super excited to have Brian back. Over the three and a half years he was with us, he became part of the family.”

The biggest change to occur this month was the move of Luna Red restaurant from Monterey Street to Chorro, adjacent to the historic Mission founded in 1772 by Father Junipero Serra. Formerly the Mission Grill and then Native Lounge, the beautiful building is owned and managed by Sean Faries and his family. Restaurateur Robin Covey leased the space to move Luna Red from its original location to what’s certain to be a hot spot. Of course, it will be competing with its sister restaurant, Novo one of SLO’s most popular eateries.

Not only does the new location provide Luna Red much more space, management has exciting plans for the huge creekside patio. Chef Shaun Behrens noted the patio bar will be cabana style with a build your own Bloody Mary bar and batidas: a Brazilian cocktail based on ice milk punches that may include one or several milk products including: soy, coconut, condensed, or cream.

“Shaun is passionate about sustainable, seasonal, fresh foods,” explained Robin Covey who co-owns Luna Red with his business partner Shanny Covey, which they founded in 2010. “He’s the driving force behind our farm to table cocktails and the market driven menu—he believes in having the whole package.” They only request the Coveys asked was that Behrens keep the menu accessible. He noted that while Behrens makes much more extensive changes to Luna Red’s menu, Novo’s menus only has minor changes with the seasons. Like Novo, Luna Red will be open all day, every day, with a lighter menu between lunch and dinner.

“I’ll be adding some dishes to the menu, large family style tapas that include: roast chicken with market vegetables; a 13-oz. skirt steak fajita style with handmade tortillas; and whole stuffed trout. But the favorites will still be there, too.” Behrens, a Central Coast native, said that his food is better for you and will make you feel better because he doesn’t use any canned foods. “This is how we should be eating: smaller plates with higher quality ingredients.”