For more details, visit natesonmarsh.com or follow the company on Instagram and Facebook @natesonmarsh. Nate's will be open on Christmas Eve and New Year's Eve, and closed Dec. 25 to 28, and Jan. 1 to 11. Regular hours are Wednesday through Sunday, from 5 to 9 p.m.

Nathan Long is a San Luis Obispo native, while Libry Darusman was born in Indonesia and raised in Germany.

Together, Long says they whip up contemporary American fare with "Italian soul" at Nate's on Marsh, which replaces Gennaro's Grill & Garden at 450 Marsh St. in SLO.

Founder and owner Long debuted the eatery—as well as parent company NRL Food Group—in September. His first hire was executive chef Darusman, who "literally took my vision and perfected it through his recipes," Long said. "I think it's kismet that we found each other and awesome that we have this yin-yang partnership," he added. "Love the guy."

Darusman, most recently the chef at Thomas Hill Organics in Paso Robles, boasts a lengthy resume, including formal training at the Art Institute of California in Santa Ana, and experience at Los Angeles and Las Vegas establishments.

"While in Los Angeles I catered the Oscars, the Emmys, multiple museum openings, and I even cooked for an American president," he said. 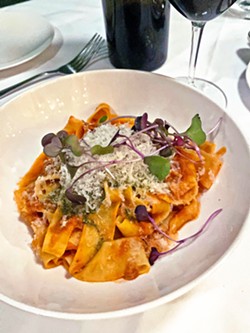 In Las Vegas he helped open Encore at Wynn, handling "400 to 500 covers a night cooking till almost 1 in the morning," he said.

For more than a decade he has refined American and Italian cuisines.

"I'm very passionate about making my own pasta, my own bread, my own cheeses, etc.," he said. "My inspiration for menus definitely comes from the farm produce and proteins in the area ... so our menus are very much driven and inspired by the seasons."

Darusman is also drawn to tradition.

"The reason that's special to me [is] because it's a perfect blend of food and family." 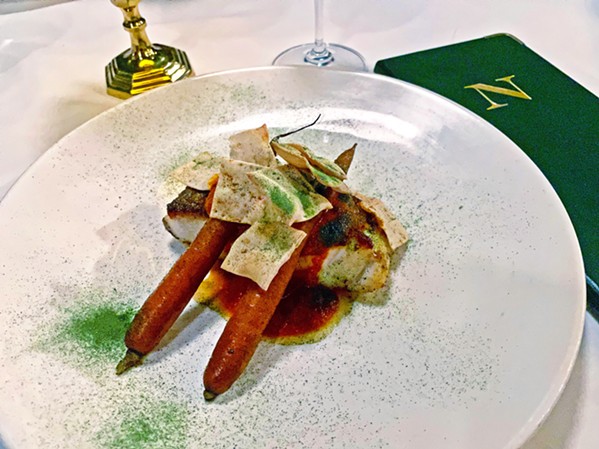 She says there is "something to please every palate" at Nate's, from craft cocktails to a "very thoughtfully curated" selection of local and Italian wines.

Scott is known for his beautiful "Edna-scapes," Long said. 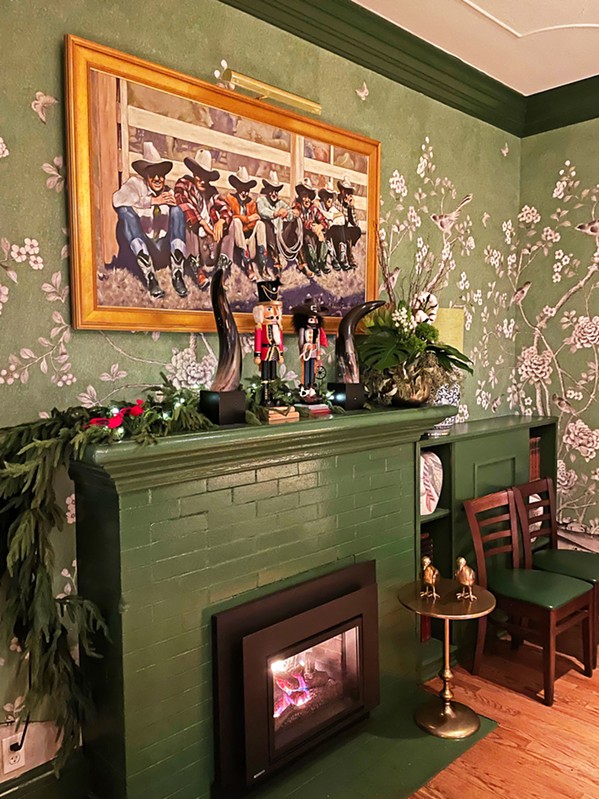 "I grew up riding and have always loved horses, so that just seemed perfect for the space," he added.

Scott whipped up seven originals in six months, a task that might seem daunting to some, but not to Scott.

"Deadline is my native language," Scott said, "It was a pretty big lift to make it happen, but I'm happy with the way they came out."

Long was thrilled. "The calmness of Jerry's work against the lively wallpaper makes for a beautiful combination," he said.

Former owner of the establishment, Gennaro Rosato, is a fan the new restaurant and the team behind it.

"I was both pleased and happy to see the restaurant transfer to such dedicated new hands." Rosato said. "After spending so many years establishing Gennaro's Grill & Garden, I wanted to make sure the right person would come along and preserve its history.

"When Nathan approached me and walked me through his strategy plan, I knew he would make the perfect next owner. I am proud and honored to pass the restaurant to another local that prides himself in excellence."

Long's deep roots in SLO include a degree in agribusiness and agricultural business operations at Cal Poly.

He fine-tuned his restaurateur skills in San Francisco, "with acclaimed mentors like chef Joseph Manzare of Postrio and Spago fame," he said, as well as Mary Klingbeil. Under their guidance, Long "managed and marketed a number of celebrated restaurants, including Globe, Zuppa, and Joey & Eddie's," he said.

Now he's excited to take the reins at his own restaurant—in his hometown.

"Both my parents went to high school here as well," he said, "so I feel deeply connected to this community."

Long has grand plans for both himself and SLO.

Nate's on Marsh is just the first cog in his new consortium NRL Food Group.

"Saddle up," he teased. "We're just getting started."

Eat, drink, and be merry

County tourist board SLO CAL (slocal.com) has a comprehensive listing of establishments offering dine-in and takeout options on Christmas and New Year's Day, with fixed-price menus, seasonal specials, and more. Check back later in December for the organization's annual listing of eateries participating in SLO CAL Restaurant Month in January. Δ