When Erika Bylund and Mike May bought their $700,000 Nipomo home in May 2017, they knew a stock car raceway was nearby. But they didn't know how much the then struggling track would change over the next two years, and how deeply it would impact their lives.

Situated in the Costa Pacifica housing development just north of Santa Maria, the Bylund-May house sits less than a mile away from the Santa Maria Raceway. When May and Bylund were first considering buying the house, the raceway had long grappled with declining attendance, and May, a Santa Maria native, knew the hum of a few stock car races each year wouldn't be a big deal. 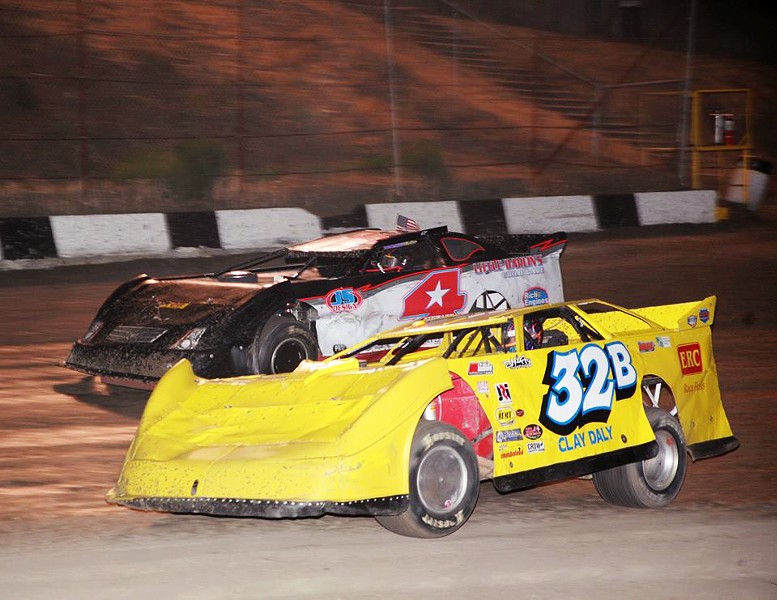 But in early 2018, the raceway sold to new owners who had a broader vision for all that the facility could be. It was renamed "Stadium805," and new lights and reserved VIP seats were installed. In the spring of 2019, the raceway became a venue not just for races, but for concerts, beer and wine festivals, bull-riding contests, and other events.

With the capacity to hold nearly 16,000 guests, Stadium805 markets itself as the largest event center on the Central Coast, but with all those events and attendees come hours of noise, traffic congestion, and trash, and Costa Pacifica residents like Bylund and May are fed up.

Nearly 10 community members attended a South County Advisory Council meeting on Nov. 25, where they shared their concerns about what they see as the nuisance and safety hazards caused by the non-racing events at Stadium805.

"My wife can't sleep at night," May said at the meeting, adding that events often run all evening until 11:30 p.m., and increased traffic and parking make it difficult to navigate the only road leading in and out of the development. "It's really concerning to me that I can't get in and out of my home."

May said he and Bylund have researched ways to deter noise, from landscaping to fencing, but there's not much that can be done. The concerts are so loud that the windows of their house shake, Bylund said. She called it "disturbing" and invited council members over to hear it for themselves.

Residents have been complaining for months, Bylund told the council, and nothing has been done.

"I'm begging at this point," she said.

Several other residents seconded those grievances and complained about their children not being able to sleep, drunk people in the streets, trash everywhere, and being totally unable to drown the concert noise out with anything else.

The neighborhood is home to a number of older residents with health issues, and if the only road in and out is filled with traffic, it could be difficult for first responders and residents to access during an emergency.

Event attendees walk through the middle of the road to get to and from their cars, another safety hazard, especially in the dark, and Kuenzinger said he even got a ticket for going into the wrong lane while trying to get around a group in the road.

Terry Reible, another Costa Pacifica homeowner, said the races are fine, but the concerts are "horrible."

"It's just not what I expected when I moved into a beautiful home in a beautiful area," Reible said at the meeting.

San Luis Obispo County staffers have been aware of controversy surrounding Stadium805 for months now, according to 4th District Supervisor Lynn Compton, who also attended the advisory council meeting on Nov. 25. Although the issue is still being investigated, Compton said it doesn't seem like there's much that can be done to appease the Costa Pacifica community members.

While some community members suggested that Stadium805 is operating without the proper permitting, and others claim the license the venue has was approved in the '60s, Compton said Stadium805 has a perfectly legitimate entertainment license.

The permit is old, though Compton couldn't confirm just how old, and it doesn't have an expiration date, but it allows for races, concerts, festivals, and all kinds of other events. Compton said the county can't legally change the specifics of the license or force Stadium805 to get another one.

The owners of Stadium805 could not be reached for comment before press time, but Compton said she's been in contact with one of the owners regarding community concerns, and she said the owner seems willing to come up with solutions. Along with litter cleanup and the potential for a new parking lot, Compton said he plans to hire two California Highway Patrol officers—at the steep price of $2,000 an hour each—to direct traffic during all larger events.

Costa Pacifica residents said those things won't subdue the noise and called on Compton to do more. The county is still looking into it, but Compton was frank.

"He, whether you like it or not, is operating under his permit," she said. Δ