The Trump administration's Aug. 19 announcement to enforce changes made earlier this year to a federal program that helps fund family planning services for low-income individuals moved Planned Parenthood to withdraw from the program's funding. 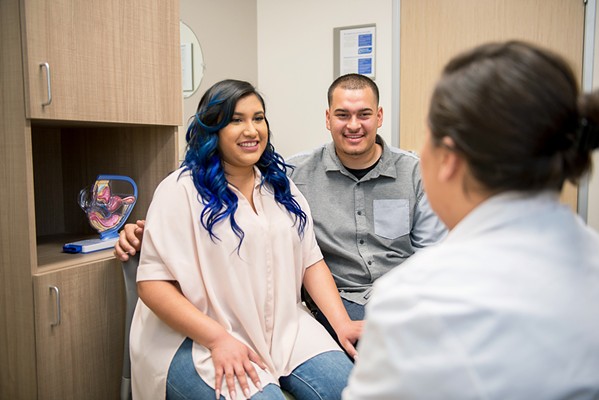 The national announcement about the $286 million Title X Family Planning Program and Planned Parenthood's exit leaves local recipients of Title X funds in limbo as to when service practices will change. The new rules issued by the U.S. Department of Health and Human Services prohibit the program's recipients from providing or referring patients for abortions with the exception of cases of rape, incest, or a medical emergency.

"I would think that hopefully women would still have other means of finding their way to the care that best suits their particular situations," SLO County Public Health Officer Penny Borenstein said.

The health department differs from Planned Parenthood as it doesn't provide direct abortion care, but it does refer patients after other options have been discussed, if that is the direction the patient decides on.

"With regard to our being in compliance with the new rules, as they stand today we really haven't been in the position to make any changes. We're taking guidance from the recipient of the state level Title X grantee, which is the California Department of Public Health, so we haven't made any structural or functional changes at this time," Borenstein said.

"We have not made any changes in the provision of care that we make, and people can certainly look to us as a course of information as well as for care," Borenstein said.

Julie Mickelberry, Planned Parenthood Central Coast's spokesperson, said in an emailed statement to New Times that the organization "refuses to comply with the unethical and harmful Title X Gag Rule."

"Planned Parenthood patients come to us because they expect the best information and health care available. This gag rule would make it impossible to provide the care that our patients deserve," Mickelberry said.

"We will continue to fight the gag rule in court and remain hopeful that Congress will act to protect Title X," she said. "Until then, Planned Parenthood health centers in California remain open and will continue to provide affordable, high-quality, comprehensive sexual and reproductive health care to anyone who needs it—today, tomorrow, and in the future."

According to an Aug. 19 NPR article, Planned Parenthood has been involved with Title X since it was enacted in the '70s, and it serves about 40 percent of the nation's 4 million Title X recipients. Δ