New kid on the block

The Park Street Gallery will host an opening reception during Paso's monthly Art After Dark event on Sept. 2 from 6 to 9 p.m. The gallery is located at 1320 Park St. Visit Park Street Gallery's Facebook page for more information.

Julie Dunn knows better than most that sometimes you just need to change things up. 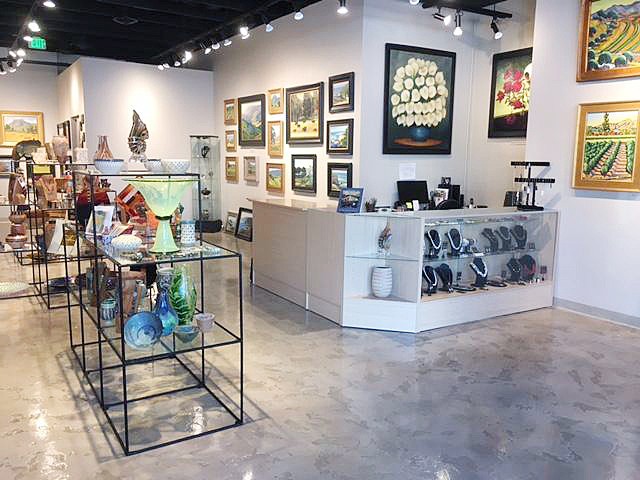 When Dunn and her partners closed The Gallery at the Network in downtown San Luis Obispo at the end of 2016 after a 15-year run, the artist and entrepreneur started to think about what could make a gallery even better. After hunting around SLO with her business partner, Peggy Turk, for possible gallery spaces, Dunn's focus turned north.

"We just weren't finding anything we could get excited about in SLO," Dunn said.

The pair, who both live in Atascadero, ultimately settled on downtown Paso Robles with a vision of an upscale fine art spot. Dunn said the ever-growing wine capital of SLO County seemed like a natural fit. They will open Park Street Gallery on Sept. 1 with a reception slated for Sept. 2 from 6 to 9 p.m.

"SLO tends to be a lot of younger people and college kids," Dunn said. "Now [in Paso], you're where the adults are. We're really looking at Paso as being the up and coming Napa." While the new gallery is located less than half a mile from Studios on the Park, Dunn said she thought the two spaces were different enough to bring their own unique art offerings to the community. Dunn said that while Studios is a nonprofit gallery that also has workshops and classes, Park Street Gallery is a for-profit shop focusing on fine art and one-of-a-kind craft boutique items.

"We're going to bring more people looking for art to Paso, and that's going to benefit everyone," Dunn said.

All the artists featured at the gallery will be from the Central Coast. Art pieces will include paintings, woodwork, jewelry, ceramics, glass, sculpture, fiber arts, and metal craft. Local patrons can expect to see works from artists like David Settino Scott, Dale Evers, and Ken Christensen.

Dunn said she hopes that locals will come out to support the new gallery.