For as long as Jeff Edwards can remember, his birthday was a huge deal in his family.

"Since I was a little kid, I would count down the days until my birthday like 100 days out," Edwards said. "Our answering machine had the birthday countdown every day."

He recently formed the nonprofit Candles for Kids aimed at helping disadvantaged children from the ages of 8 to 11 years old celebrate their birthdays by throwing them a party funded mostly through donations. 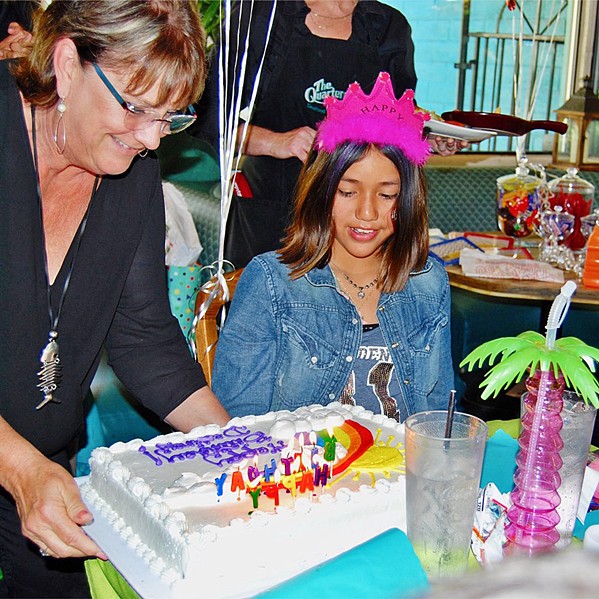 Edwards loved his birthday celebration for many reasons, but above all, he loved that all his family and friends were in one place at one time, and everyone got along. Nov. 1, his birthday, is a joyous occasion for him now because of the memories he created with his family.

He kept up those good-natured birthday festivities when he moved to San Luis Obispo. Edwards threw himself a birthday party and invited about 30 people.

"We did a big thing on the patio, and every year people talked about it, and it kind of grew and grew to where we had it last year, which was at the Flying Caballos Ranch. We had 375 people that showed up," he said.

Edwards prides himself on throwing a fun, usually themed, party where his friends and others can come together and enjoy themselves. Last year, on a trip to Michaels craft store, he found a book that made him realize there are a lot of people who aren't fortunate enough to be able to celebrate their births in the way he has.

"I thought, 'Wow, what if kids don't have a birthday? What if they never had one?'" Edwards said.

Last year, Edwards submitted the 501c3 nonprofit organization paperwork and his business license and announced his new venture at his birthday party. Edwards said the response was positive and attendees donated a couple of thousand dollars altogether.

Michele Kline, a Candles for Kids board member, said it was time to give back.

"There are so many underprivileged kids or kids that come from broken homes that can't afford to have a birthday party. I think with everybody, a birthday is something to look forward to," Kline said.

Candles for Kids goes by the honor system. The board doesn't ask for financial statements such as pay stubs to verify financial standing. In order to decide who the nonprofit will throw a celebration for, it gets nominees via the website or phone calls, and the selection committee goes through the candidates and picks one. The committee then interviews the selected candidate to throw a themed party to their liking.

This year, Candles for Kids planned a birthday party for Destiny (the nonprofit asked not to disclose her last name for privacy reasons). Her grandmother took in Destiny after losing both her parents. Edwards said he sees Destiny's grandmother as a hero who was able to be the girl's caregiver. With the funds and donations raised by the nonprofit, Destiny had a birthday dinner at The Quarterdeck Seafood Restaurant, with rainbow decorations, 10 friends and family members, donated gifts (ageappropriate toys), a donated birthday cake, and a fun makeover for the day.

He said it was so rewarding to be able to help create this birthday memory for Destiny and her family. Candles for Kids plans to fundraise once a year to support its efforts and continue collaborating with other restaurants, bakeries, and organizations to make birthday celebrations happen for children throughout the county.

To learn more about Candles for Kids or how you can get involved, visit candlesforkids.org.

The Cuesta College Chapter of the Latino Leadership Network is renaming its scholarship in memory of local education advocate Andrea Blanco. The announcement was made at Blanco's Celebration of Life at Pacheco Elementary School on Saturday, July 20. Blanco was a beloved Laguna Middle School teacher and, now, her advocacy will live on in the newly named "LLN Andrea Blanco Scholarship," which supports AB-540 students attending Cuesta College. Contact the Cuesta College Foundation at (805) 546-3279 for more information and to make donations. Δ