At a Dec. 11 school board meeting, Chief Business Officer Brad Pawlowski presented the first interim financial report for the 2018-19 fiscal school year. According to the report, the district's projected reserve at the end of this fiscal year will be $1.3 million or 1.78 percent of the total budget. 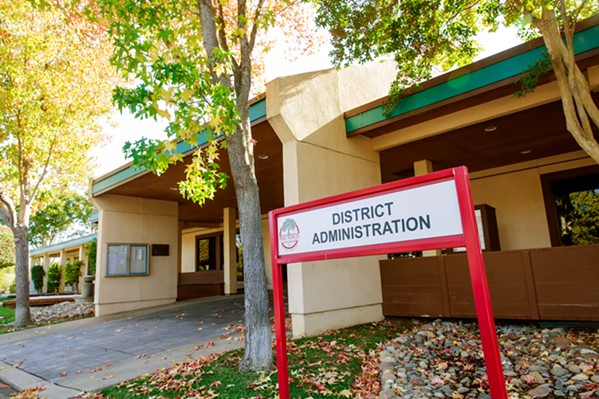 Michelle Rodriguez, a fourth grade teacher at Virginia Peterson Elementary School, told New Times she and her colleagues are upset with the district's financial oversight.

"The whole situation with the budget is really frustrating because not only have we gone through this before, but you would think we would have learned from our mistakes," Rodriguez said. "I'm nervous, I'm worried, and I'm hopeful that the new board members can turn this around and make this district better."

The almost entirely new board, with incumbents Joan Summers and Tim Hearhart, will now consider a resolution to create a plan for fiscal solvency. The district has until the end of February to identify an estimated $2.1 million in cuts from the 2019-20 fiscal year's budget; officials will need to find an additional $800,000 in reductions from the 2020-21 budget.

Rodriguez said she and her colleagues are worried the cuts might include teacher positions and programs for students.

After receiving his ninth consecutive positive evaluation during a closed session meeting on Dec. 6, Williams announced his resignation—the transition starting in the next 60 days from the meeting date. The board also accepted the resignation of Rich Clayton, director of athletics, and Kristin Shouse, director of student services.

"Overall, there was surprise but we're going to pull together as a community—all of us teachers, parents, board administration—to get through this," Peterson said. "We can certainly do it, but to will be a big challenge to tackle."

Superintendent of the San Luis Obispo Office of Education James Brescia attended the Dec. 11 meeting to act as a temporary chairperson. He said he's slated to attend a few future meetings to ensure the district's board is following protocol.

The district found itself in its budget predicament after it realized it had been overspending last June. In October, the district began working with the County Office of Education to monitor its progress and create a plan to get back on track. Pawlowski told New Times that reduction prioritization is starting with management positions, programs, fees for public use of campus facilities, and teaching positions. Δ