Local audiences are hungry for live music but also cautious about the idea of returning to large gatherings.

In a recent audience perception survey conducted by The San Luis Obispo Arts Leadership Roundtable—the second since May 11—"39 percent of respondents say they will wait until there is a vaccine before attending a live event with over 50 people in a SLO County venue; 78 percent of respondents say limits on audience size is important when attending a live performance; mandatory masks (62 percent) and available hand sanitizer (58 percent) are big factors in making patrons feel safe and comfortable at a live performance; temperature checks for all patrons, staff, and performers (63 percent) and required social distancing (76 percent) are important when attending a live performance; [and] when restrictions are lifted, 76 percent say they are likely to attend a live event if recommended safety measures are in place."

In other words, between state health and safety orders and local audiences' own sense of caution, we're still a ways away from attending big live concerts at one of our many venues. The good news is that 55 percent of respondents have watched at least one livestreamed performance in the past month!

Virtual concerts are certainly not ideal, but supporting livestreaming performances now—and donating as generously as you can—will help prop up the local live music scene and see it through to the other side of this insidious pandemic. To that end, there are four upcoming streaming events worthy of your attention this week. 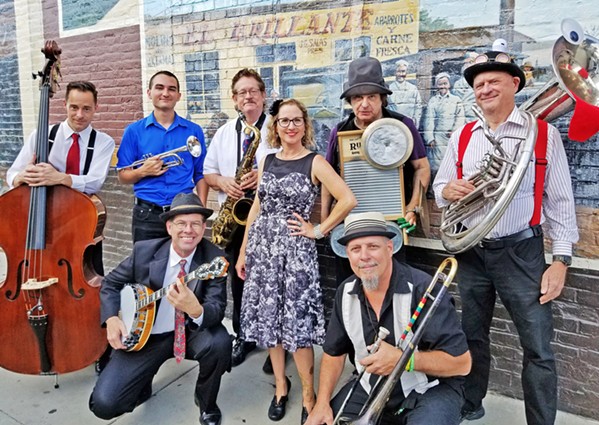 The Basin Street Regulars (BSR), a hot jazz society that used to hold regular dance concerts at the Pismo Vets Hall, has in recent months turned its attention to providing livestreamed shows, like the one this Sunday, Aug. 30, when The Barrelhouse Wailers perform at 2 p.m. on BSR's Facebook page. You can also catch it on YouTube by linking through BSR's website at pismojazz.com.

"The Wailers bring their passion and energy to the style, making it as fresh today as it was when it was the newest, hottest dance music 100 years ago!" according to press materials. "They've been influenced by a cocktail of artists, past and present, like Bessie Smith, Ella Fitzgerald, Preservation Hall Jazz Band, Tuba Skinny, Sidney Bechet, [and] Billie Holiday, as well as traditional New Orleans jazz, classic blues, country blues, and Big Band sounds."

With its theater shuttered to the public, the Clark Center has continued to provide some fun with its Saturday Date Night series, and this Saturday, Aug. 29, you can experience some Latin and R&B sounds from Caló with Victor Valencia (6 to 7 p.m. on their Facebook @ClarkCenter and YouTube at clarkcenterperfarts). 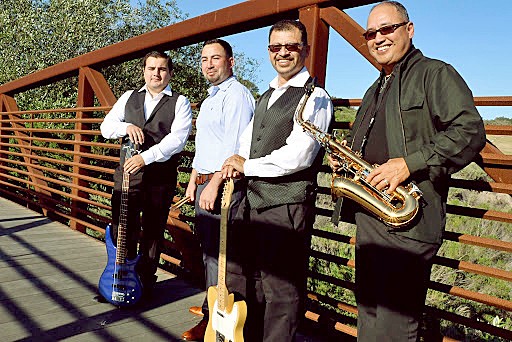 Caló—which might also throw in some Tex-Mex, reggae, funk, and originals—features Victor Valencia (voice and guitar), Roy Reyes (keys and sax), Chris Welch (bass), and Mike Almaguer (drums). All donations are split equally between Valencia/Caló and the Clark Center.

Ready for some '50s to '80s pop songs with a few originals thrown in? Then you're ready for The Wavebreakers Band to play a 2 p.m. livestream show on their Facebook page this Saturday, Aug. 29 (@thewavebreakersband).

"Before COVID-19 hit, The Wavebreakers Band trekked all over the Central Coast, hauled heavy equipment, and braved savage, sub-60-degree weather to play live music," the band quipped in a recent email. "Live audiences made it so worth it, but cold fingers and aching backs complained."

The band vowed to carry on.

"The pandemic lets us play for far-flung friends and fans from the comfort of our backyard. Plus, we get to use our new tech toys. What's not to love?" asked guitarist Thomas Bringle.

To promote their online shows, the band enlisted their mascot, Thor-the-paralyzed-kitty. According to the band, Thor says: "WB Band live music features the best boomer pop songs. Our Facebook originals series has even more me-wow and you'll like hearing it from your comfy chair."

The city of Atascadero continues its Saturday in the Park concert series remotely, and this Saturday, Aug. 29, you can check out The JD Project from 6 to 7 p.m. on KPRL 1230AM and from 6 to 7:30 p.m. on the city's Facebook page @atascaderorecreation and YouTube channel @atascadero.org/YouTube).

The JD Project rose from the ashes of the popular local rock act Itchy McGuirk. Led by Doug Groshart. They play a wide variety of music as well as some great originals. Rock, blues, soul, country—you're likely to hear it all played by four pros who know how to have a good time.

Farewell to a legend

Robert "Bobby" John Engel, president and owner of Variety Artists International Inc. (the talent and booking agent for Incubus, 311, and many more), passed away on Aug. 14, 2020, at his Creston ranch with his wife at his side.

"His career with Variety Artists began close to 50 years ago in Minneapolis as a junior agent along with Rod Essig when he was hired by the senior partners of Variety Artists International, Gordy Singer and Lloyd St. Martin," his official obit reads. "Fresh out of the service, his buddy's dad, Gordy, gave Bobby a shot at a job and assigned him to go out on the road with a difficult act at the time called Ike and Tina Turner. Bobby passed the test. Several years later he took on the idea that Los Angeles was where the music business was happening and headed out to locate a West Coast California office off of Sunset Boulevard. A month into the Los Angeles pace, he met his wife, Claudia, a native of Los Angeles and also working in the film, TV, and music industry at the time."

"I have lost my longtime dear friend of 40 years and business partner of 27 years," Harrington said in the obit. "I loved him very much and will miss him deeply." Δ