Joy Short-Erb said she's outraged that California's state legislators would bully doctors who are serving their patients by protecting the medically fragile and those that have reactions to vaccinations.

Short-Erb is responding to a pair of bills Gov. Gavin Newsom signed into law Sept. 9 that would create oversight of medical exemptions for vaccines required by schools and day care centers throughout the state. 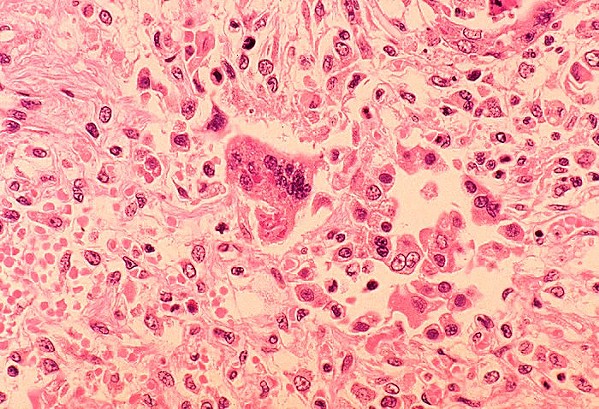 Under the new laws, the state will start collecting medical exemptions electronically by Jan. 1, 2021, and put them in a database created by the state Department of Public Health.

The department will begin reviewing the exemptions in 2020 if a school's immunization rate falls below 95 percent, when a school fails to provide the department with its vaccination rates, or when a doctor writes more than five medical exemptions. Any exemption written by a doctor who has faced disciplinary action by the state medical board will be automatically invalidated.

Under SB 714, existing medical exemptions issued before Jan. 1, 2020, won't be subject to the new restrictions until the child has to get a required vaccination to attend kindergarten or seventh grade, or to change schools.

Short-Erb told New Times that the laws restrict doctors from using their professional opinion to protect patients from extensive and repeated side effects that could be dangerous to the patient's health.

"So, it's unprecedented that the government would step in the middle of the doctor-patient relationship like that," she said.

Short-Erb is a mother of four and said—without revealing her family medical history—her immediate family has experienced side effects from vaccines.

"As a group, we've had reactions that are listed in the insert. We've had seizures, excessive crying, joint pain directly after a shot was administered, asthma, eczema; we've had ticks, symptoms of neuroinflammation, chronic headaches, and food allergies," Short-Erb said.

But she said she wouldn't classify herself as an anti-vaxxer. Short-Erb was a mom who followed the recommended vaccination schedule, her children experienced side effects, and she chose not to continue.

Short-Erb said that next year when parents are required to submit their child's medical records into the California Immunization Registry to qualify for a medical exemption, she won't be participating.

"We will have to figure out how to homeschool, probably. It's a total life-changer. I would say that I'm not a single mom. I do have a husband that works really hard so I could be able to homeschool. Many people can't; it's total discrimination," she said.

San Luis Obispo County Health Officer Penny Borenstein said that if state health officials deny a child a medical exemption, "there is really no option for that child to attend a brick-and-mortar school." The child would have to be homeschooled.

Currently, the county receives annual data regarding medical exemptions by school from the state Department of Public Health. The county doesn't receive any information on the number of exemptions per physician.

Along with insisting that the new medical exemption regulations will get in between the doctor-patient relationship and will scare doctors into writing fewer exemptions, anti-vaxxers and ex-vaxxers also say these laws will hinder school district funding.

There are fewer than 100 students in SLO County currently enrolled in school who have a medical exemption, Borenstein said, and only about 75 percent of those are in public schools.

"So I would imagine there'd be very little impact to any individual or district's budget if some of those children were to be disallowed," she said.

If a parent is worried that their child's medical condition is not listed on the Centers for Disease Control (CDC) guidelines to qualify for an exemption, the California Health and Human Services Agency states that Senate Bill 276 and Senate Bill 714 don't limit the types of medical conditions that would qualify.

Medical exemptions, according to Health and Human Services, can be granted for reasons outside the CDC's and the Advisory Committee on Immunization Practices and American Academy of Pediatrics' guidelines, including family medical history, if they are consistent with the standard of medical care for that condition. Δ