Pismo Beach is one step closer to taking ownership of a stretch of Highway 1 that runs through city limits, a move city officials say could allow Pismo more control over its own traffic and road management.

On Oct. 3, Gov. Gavin Newsom signed Senate Bill 504, which allows Caltrans to relinquish its jurisdiction over a 2.5-mile stretch of Highway 1 running through Pismo city limits to the city of Pismo itself. The bill, which was authored by Sen. Bill Monning (D-Carmel) and Assemblymember Jordan Cunningham (R-San Luis Obispo), will go into effect in January 2020. 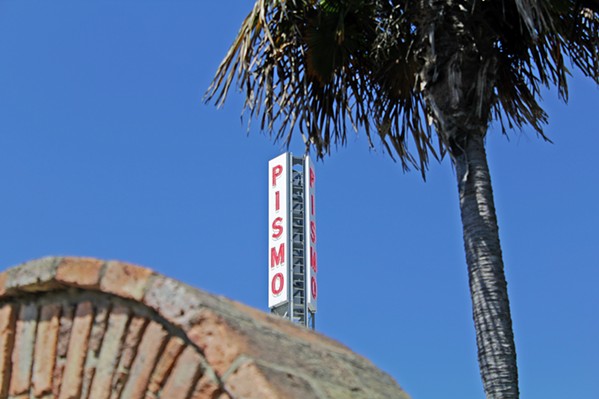 Although it's still unclear whether the ownership transfer will actually happen, SB 504 makes it possible, according to Pismo Mayor Ed Waage. The city has been seriously considering taking Highway 1 for the last two years, a recourse that Waage said could make maintaining and changing the road more efficient.

"We have a huge problem with traffic circulation," Waage told New Times.

Pismo's traffic issues are most apparent during warm summer weekends, when Waage said tourists, locals, and Central Coast residents alike flood through the town to hit the beach. Cars pile up during the slow-moving search for parking and at a left turn from Ocean View Avenue onto Highway 1, backing up traffic all throughout the town and on freeway exits.

City staff have discussed solutions to those problems in the past, Waage said, but making changes to Highway 1 currently would require Caltrans approval and funding. Taking ownership of the road would mean increased maintenance and construction bills for Pismo, but Waage said the costs could be worth having more control.

"It gives us an opportunity to increase traffic flow," he said.

Still, the city hasn't officially decided whether it wants Highway 1. City Manager Jim Lewis said city staff want to be sure that any customized road markings and traffic control strategies Pismo could implement would really work for the city. Caltrans is also planning to repair portions of Highway 1 in 2021, and Lewis said Pismo wants to wait until that's finished before making any drastic changes. If city staff do decide to move forward with the ownership transfer, Lewis said Pismo would need to make a formal request to Caltrans, which would then submit the request to the California Transportation Commission for approval.

"Again, we still have a good bit of analysis to do before we decide if this is the best option for us," Lewis wrote in an email to New Times, "but it is good to have the option if we deem it is in our community's best interest." Δ