The San Luis Obispo City Council is mulling over a proposal to open up Cerro San Luis Mountain Natural Reserve to night hiking during the upcoming winter season. 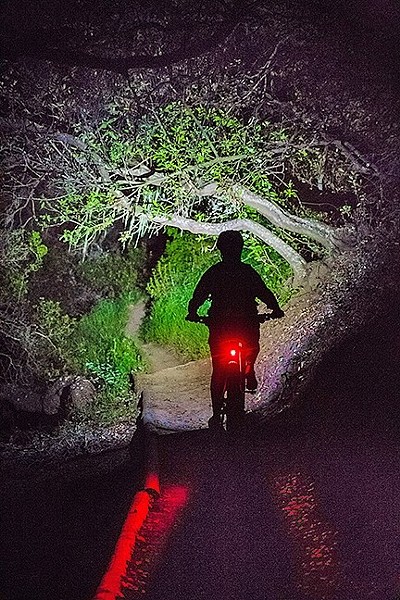 SLO Natural Resources Manager Bob Hill brought forward the two-year "pilot program" in response a prior City Council request to make some limited accommodations for nighttime recreation in open space. The pilot program proposes to extend Cerro San Luis hours to 8:30 p.m. between Nov. 5 and March 11. All other city open spaces would keep the same hours: one hour before sunrise to one hour after sunset.

When the pilot program came before the City Council at its Oct. 17 meeting, city staff determined that the environmental review for the pilot program wasn't posted for the required amount of time for public comment, according to Mayor Heidi Harmon. The item was continued to an unspecified date in the future.

The SLO City Council appeared to be split 3-2 in favor of the pilot program, with Councilmembers Andy Pease and Carlyn Christianson against it. Christianson called it a "slippery slope" to degrading the city's open space and wildlife, while Councilmember Dan Rivoire said opponents of the policy were making "a mountain out of a molehill."