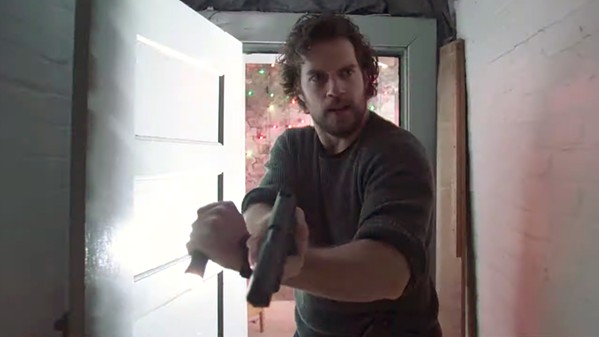 If you're like me, you probably missed the Canadian crime thriller Night Hunter when it premiered at the LA Film Festival in 2018 under the name Nomis. Written and directed by David Raymond (The Other Man), the film had a very limited theatrical release in 2019 and only grossed a little more than $1 million. It's now available for free with your Amazon Prime subscription or for a fee on other streaming services, and while it's not amazing, it's certainly a lot better than the poor reviews it received.

Filled with twists, turns, and gritty action, it's a serviceable thriller that becomes somewhat convoluted plot-wise, but it pays off with an effective conclusion. With nods to The Silence of the Lambs (1991) and Se7en (1995), it aspires beyond what it reaches, but if you've got a hankering for a twisty thriller, it fits the bill. (98 min.) Δ