The superintendent for Cambria and Cayucos school districts secured an unexpected raise earlier this year, despite parent outcry. Just one month later, he announced his retirement.

"I want to thank the trustees for their recent vote of confidence and pay increase that they have provided for me," Cayucos Elementary School District Superintendent Scott Smith said in a Feb. 4 message shared to ParentSquare. "Despite their best efforts to get me to delay my retirement a little longer, I intend to submit my retirement notice." 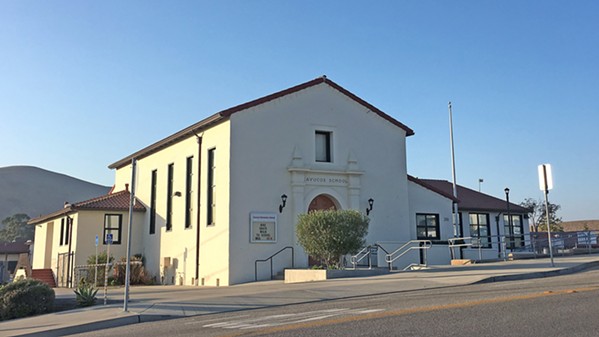 Smith declined New Times' request for an interview. He said in his ParentSquare message that he will submit his 120-day notice before the end of February.

Under a shared services agreement, Smith splits his time between Cayucos and Coast Unified School District in Cambria. Cayucos Board President Pete Schuler confirmed to New Times that Smith's retirement announcement "will effectively end our current shared services agreement," meaning he will no longer serve as superintendent of Coast Unified, either.

The pay increase, approved on Jan. 12 by the Cayucos board of trustees, was contested by a group of parents who felt the origins of the raise were shrouded from the public. The 10 percent raise was added in year two of Smith's four-year pay schedule, which already granted him regular pay increases, leading parents to wonder who initiated it and why.

"Who brought the raise forward?" district parent Roberta Held asked in an interview with New Times. "Scott says that it was both boards. The current Cayucos board president [Schuler] said he didn't even know anything about it before it was presented to them at that December board meeting. Chris Castillo said that it was the Cayucos board, and then [Coast Unified Board President] Samuel Shalhoub said that it was the board president from Cayucos, who was Chris Castillo."

Board President Schuler, the sole Cayucos trustee to vote no on the raise, told New Times on Feb. 8 that the pay increase came at trustee Castillo's request in early December.

"That was the basis for the new contract," Schuler said.

Schuler said his vote against the new contract wasn't anything personal against Smith—he just didn't agree with altering an agreement that wasn't expiring yet.

"You don't assess midway, and I think that's what happened there," Schuler said. "It's a four-year agreement and we're in the second year. During these times, it just seemed like the inappropriate time to do it, for me."

"He was the one who encouraged me to run for office," Schuler said. "I was hoping to work with him through his tenure. ... We've had a lot of controversy lately, and I was hoping we could find some smooth sailing for a bit, but here we are."

For some parents, Smith's retirement leaves a lot of unanswered questions.

"With Chris [Castillo] and Scott [Smith] being longtime friends, is it appropriate for him to have been serving on the board at all with that relationship, and serving as board president?" Held said.

Other parents feel Smith got unfairly caught up in the controversy.

"I'm definitely sad to see him go and disappointed with the way that everything has gone down in the last year, but probably mostly within the last six months," parent Alisha Enns told New Times. "It just seems that ever since the Let Them Breathe resolution was passed [and rescinded], there's been this hostile divide between parents." Δ