A few dozen people inside Creston Community Church erupted in applause on June 19.

A San Luis Obispo County official just told them that two cannabis projects proposed near their small North County town were dead because the applicants had withdrawn them. 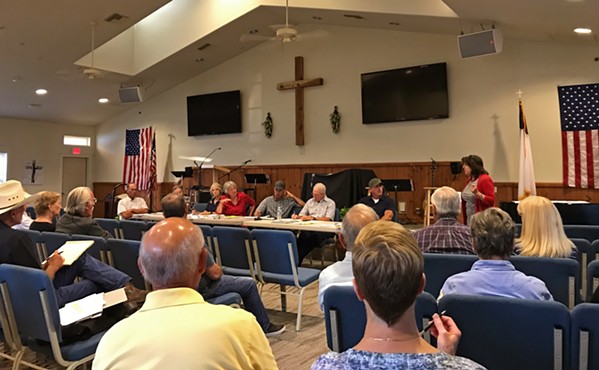 Though locals were happy about the two projects that are now off the table, a handful of others are still active and moving through the county's cannabis review process.

Attendees at this June 19 Creston Advisory Body meeting said they have felt blindsided by the incoming industry, overwhelmed by its complex regulatory system, and relatively powerless to fight or control it.

As the battle continues over what kind of legal cannabis activity should be allowed in unincorporated SLO County, rural community groups like the Creston Advisory Body hope to have a strong voice in the debate.

"If we can coordinate these community advisory councils, we can maybe exert a little more influence," Powell said. Δ