In several Northern San Luis Obispo County cities and special districts, new candidates running for local government focused their campaigns on new voices and being watchful of long-term infrastructure projects and finances. However, preliminary election results show that residents were satisfied with the status quo as a majority of incumbent candidates are holding on to their elected positions. 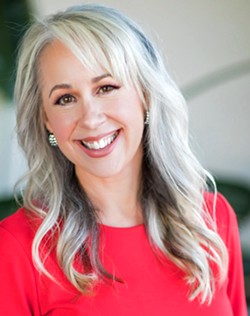 In Atascadero, incumbent Mayor Heather Moreno had 5,132 votes as of Nov. 4, with opponents Jerry Tanimoto coming in at 4,187 and Josh Donovan trailing behind with 2,501.

Moreno is involved with several projects to close the community's job and housing imbalance and campaigned to continue that work in collaboration with the city, investors, developers, and residents. The mayor also vowed to maintain an open line of communication with residents through programs like Talk on the Block to better understand community needs and answer questions.

Moreno told New Times the preliminary results are very encouraging and it has been a humbling experience to have the community's support.

"Serving as mayor has been truly one of the greatest privileges that I've experienced and to know that people have trusted me, I hold that dearly and I take it very seriously," she said. "I really look forward to all of us coming together and getting down to the work that needs to be done."

Of the five City Council candidates vying for two open seats, incumbent Charles Bourbeau leads the pack with 4,927 votes. As of Nov. 4, only 40 votes separated candidates Mark Dariz and Tori Keen in their battle for the second available seat, with Dariz taking the lead with 4,340 votes.

Paso Robles held its first ever by-district elections, with Districts 3 and 4 on the ballot. Mayor pro-tem and City Councilmember Steve Gregory ran unopposed in District 3, receiving 99 percent of the votes to represent the southwest region of the city. In District 4, Paso's southeast, current City Councilmember Fred Strong stays on the dais with approximately 63 percent of the vote over candidate Jacob Allred, who garnered 37 percent.

The Templeton community voted in favor of reelecting its current community services district board members. The board had three open seats, and incumbents Pamela Jardini, Navid Fardanesh, and Debra Logan received approximately 32 percent, 31 percent, and 26 percent, respectively, of the local vote. Newcomer Dianna Vonderheide came in at 10 percent.

Cambria had three available seats on its community services district board. On Nov. 4, incumbent Harry Farmer held the lead with 30 percent of the vote, and newcomers Karen Dean and Tom Gray followed with 27 percent and 22 percent, respectively.

Morro Bay Mayor John Headding was leading a tight race with 2,832 votes on Nov. 4, with candidate John Weiss coming in a close second with 2,561 votes. If elected, this will be Headding's second two-year term. Preliminary results show that the coastal city chose incumbent City Councilmember Robert Davis to represent them again with 2,599 votes and put newcomer Laurel Barton in the second available seat with 2,559 votes.

Barton, a two-year resident of Morro Bay, has a lengthy résumé that includes being a staff member for the city of Visalia, a City Council member, and a Visalia Unified School District board member. She's pleased with the results so far and told New Times that once elected, she's ready to see and work on the completion of the city's much-anticipated $126 million water reclamation project.

"We have a lot to do in Morro Bay, such as rebuilding our economy as we've taken a huge hit, like many communities here in San Luis Obispo County, on our tourism dollars and we need to rebuild ourselves with our community in mind," Barton said.

She spent her post-Election Day morning cleaning up her campaign signs around the city. Δ