As part of Susan Funk's campaign for an Atascadero City Council seat, she's proposed a potential vacancy tax to rid the city of empty lots—but the city said that it's using a different tack and it's working. 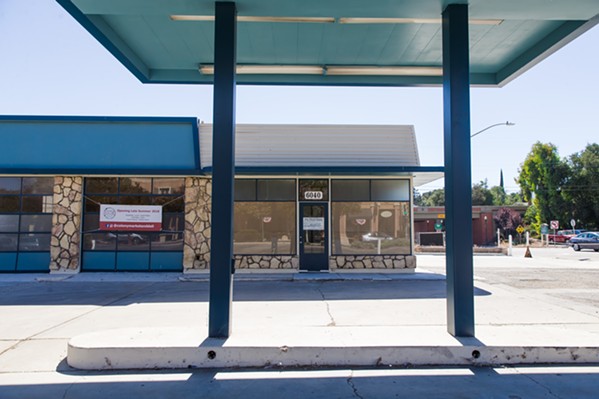 Funk said the vacancy tax is just one of many options to address an issue the city is having with vacant properties that are kept in poor, undeveloped conditions by out-of-town landlords.

"Our city is very limited in its revenues, and we don't have a lot of empty in which additional new businesses and income can come in and develop," Funk said. "So we really need to have our spaces working productively for the city."

She said the tax could wedge landlords into selling the land or updating a building. The tax idea is a way to get people to talk about alternatives, which Funk said is more important to her than the tax itself.

"When people start talking about what are different ways we could attack this problem, we understand the problem better and develop better solutions," she said.

Funk said she started talking about a vacancy tax when she heard the idea from the city's community development director, Phil Dunsmore, during a strategic planning meeting in February.

Dunsmore told New Times that he and other city staff members were asked to bring a toolbox of options to the meeting that could address blight in the downtown area. One of the potential tools was the vacancy tax.

"A lot of bigger cities use it because they have a lot of big blocks of blight they have big issues with," he said. "The property owner may put something in there temporarily or out of desperation that might not be what the city wants. It's not necessarily the spirit of Atascadero, which is a environment."

The city is taking a different approach to try to get those filled. Dunsmore said city staff speaks with property owners to try and understand their obstacles—whether it might be a zoning issue, parking, or conditions of the building.

"There have been a couple of spaces in the heart of downtown that vacant and blighted for many years but now most of those have been because we're getting a beautiful La Plaza project," he said. "Those vacancies are going away except for one or two others."