On the auction block

Tax-defaulted properties will be sold on the Internet

It sounds almost too good to be true: a public Internet auction of local properties owned by people who neglected to pay their property taxes. Finally, a chance to luck out and buy an affordable home here? 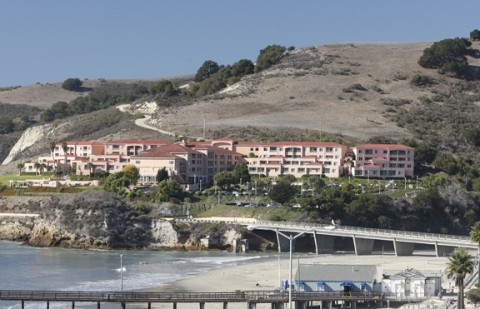 # The SLO County Board of Supervisors on Nov. 20 approved an eBay-style auction for 21 properties, all of them at least five years delinquent on their property taxes.

It may sound like one of those ads promising incredible bargains on tax-defaulted homes. Minimum bids for the auction--which is set for May of 2008--range from $500 to $10,000. Some of the properties up for auction even offer their owners a stunning view of Avila Beach and the sparkling waters of Port San Luis.

But there's a catch. If you're the successful bidder, you'll enjoy your new place for just one week of the year. Most of the properties up for Internet auction aren't houses--they're timeshare suites at the San Luis Bay Inn in Avila Beach, according to Art Bacon, tax manager for the county tax department.

It's been at least 30 years since a regular year-round home was offered up for public auction in the county, Bacon said.

"Property in this county is valuable enough so people don't let it go. Somebody will come through [and pay the back taxes], whether it's an owner, a lienholder, whoever holds the mortgage. It's generally redeemed, even up to the day before the auction," Bacon noted.

The same goes for most vacant land parcels in the county, he added, five of which are listed for the upcoming public Internet auction.

"Chances are they'll never go for sale," he said.

That leaves 16 timeshare suites at San Luis Bay Inn, with minimum bids ranging from $1,000 to $1,900. That's the amount needed to pay off the back taxes and penalties, and cover the costs of the sale.

"They don't know what unit they're purchasing. It's for a space and time. You're not purchasing a view. You may be at the different end of the building," Bacon said.

A timeshare resort like San Luis Bay Inn has the option of receiving one property tax bill for the main parcel, or separate bills for each timeshare owner. When the Avila timeshare was created, its board of directors opted for individual tax bills, Bacon explained. The annual property tax for a timeshare suite is calculated the same as for other property: 1 percent of its assessed value.

Tax-defaulted properties, including San Luis Bay timeshares, were formerly sold during a public auction in the county supervisors' chambers, but in the last few years using Yahoo's real estate auction section has been a successful method of sale, Bacon said.

"You can see when there's a bid that's outbid yours," he added.

"It's much more cost-effective to use the Internet. It's opened up the auction to a whole new group of people, not just locals. Plus, they tend to bid a little bit higher than when the auction was held in the board chambers."

County supervisors also recently approved another tax-default sale. If no one shows up to pay the delinquent tax bills, the county itself will purchase two California Valley parcels of 2 1/2 acres each, with the goal of open space conservation in the remote Carissa Plains region. Over the years, the county has bought more than 300 California Valley parcels with delinquent property taxes.

The county is also the upcoming buyer for four hillside lots north of Morro Bay, where the steep, unstable land is considered unbuildable.

"We get those lots off the tax rolls," Bacon explained.

The next Internet auction of tax-defaulted local property will start on May 10, 2008, and end on May 13. Bidders can access the auction through the county tax collector's website at www.slocounty.ca.gov/tax.

If any property doesn't sell at the auction, Bacon said, the county will likely reduce the minimum bid to $500 and offer it at the next sale.