On the rocks: The Board of Supervisors majority is divorcing SLO County from its Integrated Waste Management Authority

Cover Photo From Adobe Stock DIVORCE PROCEEDINGS As SLO County heads toward a resolution to leave its waste authority, the splitting process is unclear.

Polystyrene has nothing to do with the fight over San Luis Obispo County's Integrated Waste Management Authority (IWMA), according to county 4th District Supervisor Lynn Compton.

The IWMA's polystyrene (Styrofoam) ban, which passed in 2019 and was implemented this year, has been a sticking point in 2021—leaving the three conservative supervisors outvoted in their attempt to overturn the ban in March and April. That, 2nd District Supervisor Bruce Gibson said, is the thing that blew up the IWMA.

On Aug. 10, Compton, 5th District Supervisor Debbie Arnold, and 1st District Supervisor John Peschong voted for the county to leave the IWMA. That trio will likely vote together, again, to pass a resolution on Sept. 14 making that decision official.

"All five of us attended the last board meeting of the IWMA last week," Peschong said at the supervisors' Aug. 24 meeting. "A number of the board members there were interested in filing a lawsuit to throw us out of the IWMA, so I think it's probably time that we move this resolution forward."

County supervisors take up five spots on the IWMA's 13-member board, with the remainder belonging to a representative from each of the county's cities and one rep for the community services districts that manage waste. Vote counts often leave the supervisors' majority—Compton, Peschong, and Arnold—on the losing end, something Compton said contributed to her decision about the IWMA.

"Our voices were drowned out by seven incorporated cities," Compton said during the Aug. 10 board meeting.

The vote on polystyrene—and the way that vote was handled—Compton told New Times, is a great example of that. Her vote, which represents one-fifth of the county, counts the same as the representative for Atascadero, a city with 30,000 people in it.

"That vote impacted the unincorporated areas. They were actually more powerful than the Board of Supervisors," Compton said. 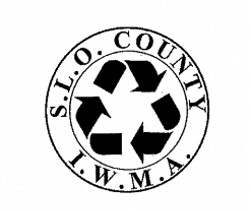 An analysis presented to the Board of Supervisors on Aug. 10 of what withdrawing from the IWMA would look like showed that county supervisors represent 25 percent of the waste customers in the county. The remaining eight members of the board represent 75 percent of the waste collected. That analysis estimated that taking over the IWMA's current responsibilities for that quarter of the county would cost $2.1 million. And implementing the upcoming SB 1383—new rules for recycling food and green waste, which go into effect starting in January 2022—would cost the county an additional $2 million.

The analysis found that if the current fees paid by waste customers in the unincorporated areas were redirected to the county, the county would need to generate an additional $1.6 million in funding—a 9.7 percent and 13.3 percent increase for residential and commercial customers, respectively.

However, the IWMA's Joint Powers Agreement (JPA) is unclear on what the process for withdrawing from that agreement is. Whether fees get redirected to the county and what assets the county gets to take with it still need to be negotiated.

Gibson said the cost of taking over IWMA responsibilities alone should sway the county—and its ideologically conservative supervisors—to stay.

"Seventy-five percent of the county population stays inside that organization should it choose to continue, and we are going to impose extra costs on every single one of those constituents," Gibson told New Times. "They've just increased the size of government and the cost to individuals, and for what?"

Gibson, who's served on the Board of Supervisors since 2007, said the IWMA (formed in the 1990s) was a constructive response to the complicated problem of the state requiring municipalities to do a better job of managing solid waste. This included diverting more waste from landfills and fulfilling reporting and tracking requirements.

"We got economies of scale, we got efficiencies in reporting," Gibson said. "We were better together."

The IWMA's board passed ordinances to keep batteries, paints, hydrofluorescent tubes, and hypodermic needles out of landfills—getting ahead of state mandates. But over time, he said, the politics of the world changed: "Our public discourse has gotten more and more tense," he said. "More and more angry. People fight over smaller things."

That switch, Gibson noted, was noticeable when the IWMA sought to ban single-use plastic bags in 2011.

The IWMA fielded lawsuits over the bag ban, and dealt with pushback from conservative areas of the county calling the mandate government intrusion. It was a big fight, Gibson said, but eventually the ban passed and the state soon did the same. The politics of that, he argued, set the stage for the polystyrene ban.

"The actual thing that blew up the IWMA was polystyrene, because there was such a loud complaint and the threat that the county might pull out," Gibson said. "The political identity fight is what has blown this up."

Not true, Compton said. Although she believes the IWMA's JPA doesn't explicitly give the board legislative powers—especially to pass ordinances that go beyond state mandates, such as banning polystyrene—that's not why she's advocating for the county to leave. Not only does the JPA need to be reformed, Compton said, she believes the organization, which has been plagued by allegations of improper accounting and corruption, needs more checks and balances.

"It's not about the polystyrene; it's about so many shenanigans played," Compton said during the Aug. 10 meeting, where she spoke at length about the laundry list of issues the organization has faced over the years.

That includes sloppy management, improper accounting practices; a lack of documentation for spending, reimbursements, and credit card use; no-bid contracts; and corruption allegations against former IWMA Director Bill Worrell and Board Secretary Carolyn Grace Goodrich, who the District Attorney's Office recently charged with embezzlement and destruction of public records.

"This is a huge breach of public trust," Compton said at the meeting. "This organization is so corrupt, that to me, it can't be reformed."

Since 2018, Gibson said, the organization has been reformed.

"What she left out were the processes taken to fix those weaknesses and try to give it more of these checks and balances," Gibson responded at the meeting.

It's clear that the internal financial and accounting practices were not what they should be, Gibson told New Times. But the county auditor-controller's office was and is ultimately responsible for the IWMA's finances, for writing checks and tracking the money. Annual outside audits of the IWMA's accounting never raised any red flags, either. But, he said, the buck ultimately stops at the organization's governing board.

"So there's good and bad in this story. There's things we can be very proud of and things we needed to correct," Gibson said. "Those accounting practices have been corrected so to assert that the IWMA is currently a corrupt or poorly managed organization is absolutely unsupportable." Δ