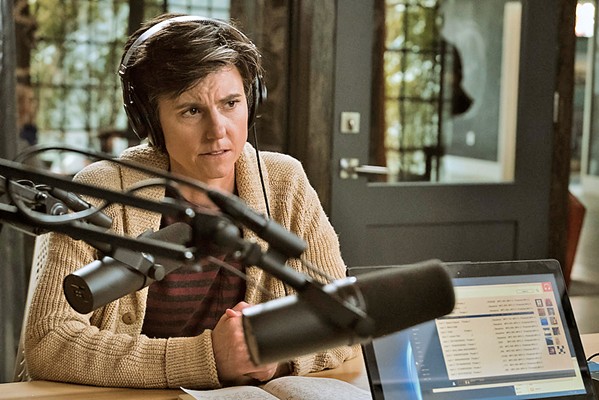 Running two seasons, comedian Tig Notaro's One Mississippi offers a semi-autobiographical account of her return to her hometown after the sudden death of her mother. She's recovering from breast cancer and a double mastectomy, stuck in a relationship with someone who's nice but clearly not for her, and she has to deal with her mother's world—a beyond quirky stepfather and a brother stuck in a state of perpetual adolescence.

Using her dry comedic wit and expert timing, Tig's dark comedy shines through and helps us get through the rough stuff. After all, life doesn't always dole out a fair hand. Her brother, Remy (Noah Harpster), is a high school history teacher who does Civil War reenactments. He's sweet and a little unaware of the problematic behavior of his good-old-boy friends. He doesn't think much of himself, but throughout the show we get to see him realize at least a little more what a wonderful partner he can be.

Tig's stepdad, Bill (John Rothman), has some seriously obsessive behavior and a very strict idea on how things should be done. He's not the easiest man to live with, but he's so endearing in his own odd way. Tig has a radio show, uses the local station to record, and quickly falls for the adorable but straight engineer, Kate (Stephanie Allynne). I wish we would have gotten a few more seasons of this one, but do yourself a favor and check out the 12 episodes. If you're a Notaro fan, you'll love it. (12 26-min. episodes) Δ