Before Dystiny Myers was killed, she was beaten, bound, and loaded up on methamphetamines, according to testimony from a key witness in the ongoing murder trial.

Five defendants on trial for the murder of Myers, a 15-year-old Santa Maria resident, sat before a preliminary hearing on Feb. 7 and 8 in SLO County Superior Court. After the prelim, Judge Barry LaBarbera ordered the defendants to stand trial.

Jason Adam Greenwell, 21; Frank Jacob York, 19; and Rhonda Maye Wisto, 47, of Nipomo; Ty Michael Hill, 28, of Santa Maria; and Cody Lane Miller, 22, of Fresno, have been charged in Myers’ death. They all pleaded not guilty.

Prosecutors allege the five were members of a methamphetamine ring who began turning on each other after killing Myers and burning her body in remote Santa Margarita at the insistence of Wisto, their suspected ringleader.

Sheriff’s detectives recounted the story of what happened the night of the murder as told to them by Greenwell, York, Hill, and Miller. The four suspects told essentially the same story, according to detectives, but details differed, with each suspect de-emphasizing his involvement in the torture and killing of Myers.

Myers was beaten with baseball bats and brass knuckles, and was kicked and punched at a residence in Nipomo, said the detectives, describing in brutal detail the girl’s torture. Police said York told them Hill had been injecting Myers with what he believed to be heroin. Detectives also said York’s testimony indicated Wisto ordered the murder, with Wisto saying Myers needed to be beaten and killed.

According to detective testimony, when asked why his mother wanted Myers killed, York said the girl had been “disrespectful.”

The accused stopped at a gas station in Pismo Beach with Myers in the back of an enclosed truck, police said. While the truck was being fueled, two policemen stopped at the station in their squad cars. Several of the suspects later told police that Miller quieted Myers by punching her, according to testimony. 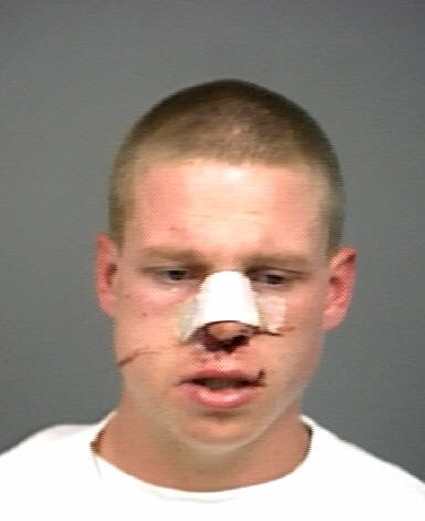 LaBarbera heard testimony from a number of witnesses, including Detective Stuart MacDonald, an investigator with the Sheriff-Coroner’s Office who was part of the team that performed the autopsy.

MacDonald said the primary cause of death was mechanical asphyxiation likely due to a glove that had been shoved down Myers’ throat, combined with blunt force trauma and methamphetamine intoxication.

Forensic Specialist Kenneth Jones also testified that York’s palm print was recovered from a baseball bat found at the scene, along with blood. He also said traces of blood were found in Wisto’s truck, as well as on shovels, samurai swords, and brass knuckles found at Wisto’s Nipomo home.

However, Jones testified that investigators never checked the shovels, swords, or brass knuckles for fingerprints, nor did they send the blood samples to an outside crime lab for DNA identification. Under cross-examination by Hill’s attorney, Raymond Allen, Jones said investigators had “no information” on whose blood it was.