Only egregious curfew offenders will face repercussions in SLO County 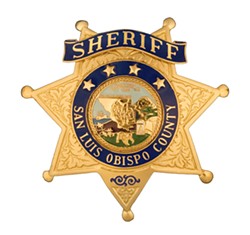 The county reverted back to the purple tier in the state's reopening guidelines due to an increase in positive COVID-19 case rates.

A curfew included in the limited order requires that all gatherings with members of other households and activities conducted outside the home cease between 10 p.m. and 5 a.m., except for essential activities. The SLO County Sheriff's Office released a statement when the order went into effect stating that it will continue its mission of focusing on significant criminal matters.

"Deputies will not be making traffic/pedestrian stops to determine the comings and going of citizens during those stated hours," the statement read. "However, the Sheriff's Office will take appropriate action on large egregious gatherings flaunting the curfew mandate."

Additionally, the Sheriff's Office stated it will continue the protocols it already has in place for the business community, which entails "asking for voluntary compliance when dealing with these matters."

According to readyslo.org, San Luis Obispo County will enforce the state's modified shelter-at-home order if a business refuses to comply with it. Businesses could face a misdemeanor punishable by a fine of up to $1,000, up to six months in jail, or both.

The SLO County Public Health Department said in a press release that activities conducted during 10 p.m. and 5 a.m. are often non-essential and more likely related to social activities and gatherings that have a higher likelihood of leading to reduced inhibition and reduced likelihood for adherence to safety measures like wearing a face covering and maintaining physical distance.

In a Nov. 20 Facebook post, Paso Robles Police Chief Ty Lewis said he received a lot of inquiries about the new curfew order.

"There are many questions about enforcement as many see the order as unconstitutional, and unenforceable, and violation is a simple misdemeanor. Our [district attorney] has already indicated he will not file criminal charges on these executive orders except in the most egregious of circumstances," Lewis stated.

In an attempt to be transparent, Lewis said he was waiting for information and guidance from the Governor's Office of Emergency Services that would answer the community's questions.

Lewis told New Times he hasn't received any more information from the state.

"The trouble with the order is that it isn't necessarily a law. Violations are enforceable via a city's ordinance laws, which are typically viewed as infractions. Infractions usually result in some type of citation. Because of the nature of the order, with its many exceptions, it makes enforcement difficult," he said.

During the Nov. 17 Paso Robles City Council meeting, Lewis said he made it very clear that if the Paso Robles Police Department directed all its time toward COVID-19 enforcement that the department would have less time for traditional law enforcement activities.

"As a small police department, we have limited resources. I asked for clear direction from City Council on how to deploy those resources and was directed to make educational contacts," he said.

Paso's council directed the department to partner with the Paso Robles Chamber of Commerce so the chamber can be the first point of contact with a person or business suspected of violating state orders.

In his Nov. 20 Facebook post, Lewis said his concern "surrounds the potential for protests because there is a feeling that the order will invite and incite protests against it during the 'curfew' hours and how is law enforcement supposed to react to those."

Lewis said that several police chiefs in the state mentioned the potential for local protests during a recent conference call.

"I have also read social media posts, locally, where people have suggested protests, too. Luckily, our community has community leaders who, to date, have discouraged such activity," Lewis said. Δ