'Operation Finale' is an entertaining but flawed historical drama 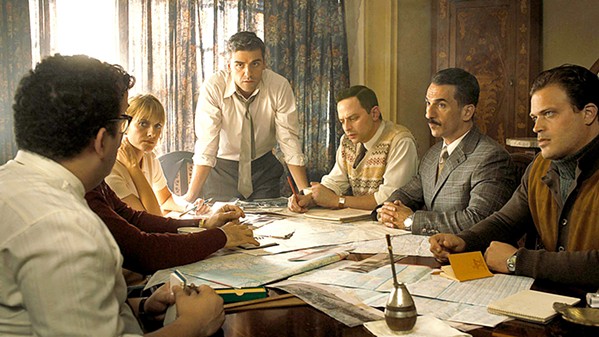 Glen Moral ambiguity permeates Matthew Orton's script about the capture of Adolph Eichmann. It questions whether the Israelis were too aggressive and indiscriminate about their pursuit of former Nazis. It tries to humanize Eichmann, employing moral relativism. This ambiguity makes the story more interesting but also infuriates. If ever there was a historical event so clearly unambiguous in its moral depravity, it's the Holocaust. That said, if you can set aside the film's obsession with contriving a moral equivalence and ignore some clumsy plot choices, Operation Finale is entertaining and most assuredly well acted. Ben Kingsley plays Eichmann with a regality and ever-so-slightly-submerged menace. He's a man who has rationalized his actions, at least in his public persona. He was "just following orders," simply a man at a desk "doing paperwork," not an active participant. He's also supposedly crafty, and after his capture when he's initially questioned by interrogator Zvi Aharoni (Michael Aronov), he maintains his cover story. The first weak plot turn is how quickly and easily he gives up his identity. It's a strange choice that sends viewers mixed signals—is Eichmann a master manipulator or is he so egotistical that he's easily twisted? Much of the story surrounds the team's work at getting Eichmann to sign a document agreeing to a trial in Israel. Aharoni is unsuccessful, but Malkin (a charming Oscar Isaac playing him as a man who uses humor to hide his inner pain) believes he can do it. At its heart, this story is supposed to be a battle of wills fought with chess-like cunning. Instead, it's about unnecessary red tape and a series of unexpected setbacks. Because the story's outcome is well-established history, the film requires a lot of manufactured drama to lead us to the conclusion we all know is coming.

Anna Kingsley is a beast in this and pretty much every role he takes on, and Eichmann presents him with a complicated character to suss out. He's a man that seems to love his wife and children and their small life in a rural suburb of Buenos Aires, who follows routine and has a seemingly wholly un-noteworthy existence. What lies beneath the facade is a simmering evil, a man who will cut with a quickness and sharpness that only when blood appears do you know what's happened. The attempt at eliciting sympathy for Eichmann from the audience falls flat pretty quickly, and while we may be distracted briefly by a tender moment between Eichmann and his young son or his pleas for news of his family's safety, the monster in the man is never forgotten. Through flashbacks we see some of his horrendous deeds, and we learn what ghosts follow Malkin. I thought Isaac was a great choice for Malkin, and a solid counter to Kingsley's menace. It seems nothing can go smoothly with this mission, and when their flight out of Argentina gets delayed by a week and a half, the extraction team is forced to hole-up in their safe house and pray they can ride out the days and get the signature they need from Eichmann. Everyone on the team suffers from their own hauntings; some wear revenge on their sleeves, others carry it closer to their hearts. Overall this story is a gripping one, and while there are some things about the film I didn't like, there was plenty here—character work especially—that shined. If anything, it gave me a brief dive into a story in history I knew little about. 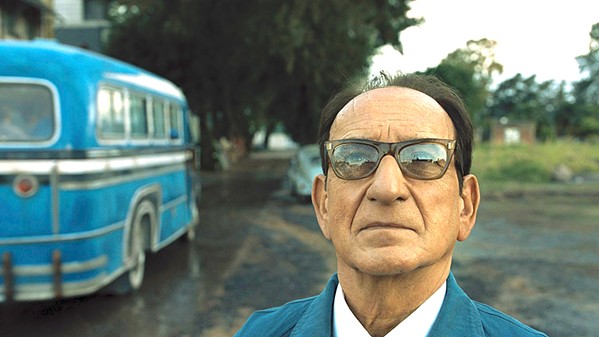 Glen As good as the performances are, and as riveting as the historical basis of the story is, Operation Finale isn't Oscar material and the film knows it, otherwise the producers would have held it back for Oscar season. No, I think the only reason the film worked as well as it did was its source material. It's a pretty incredible tale, escaping Nazi Germany with dozens of other high-ranking Nazi officers; living in Argentina, a country and government apparently amenable to Nazi philosophy; a daring infiltration by foreign spies; an abduction and interrogation; a harrowing last-minute extraction and return to Israel; a worldwide trial that revealed Nazi atrocities in all their unfiltered horrors; and, finally, justice for a man at the center of it all. How could it be anything short of amazing, right? And yet Operation Finale never quite rises to its potential for me. It's worth a matinee if historical drama is your passion, but despite excellent performances, high production values, and competent direction, I'd have been happier renting this. It's a lit fuse that fizzles out instead of explodes.

Anna While the escape is harrowing and the time in the safe house is taut with worry of their discovery, I agree that this film never quite rises to the level of great. It does however convey a truly fascinating slice of history, and if anything it made me want to learn about the real-life mission and trial. Because much of the meat of the film happens in the smallness of the safe house, there is no cinematic aesthetic that demands a view on the big screen. Like you, I would have been OK with a home viewing on this one. That being said, there's a lot of good going on here, and while I wouldn't recommend that you rush to the next available showing, that doesn't mean it should be skipped altogether. Both Isaac and Kingsley are strong in their roles, and despite the constant tension there are some genuinely fun moments, mostly thanks to one-liners via Nick Kroll who plays Rafi Eitan, another member of the team hell-bent on getting Eichmann to Israel. I'd recommend a matinee especially for fans of historical films, but if the subject material doesn't strike your fancy, wait a few months for it to show up at Redbox. Δ