The state of California has big goals of reducing greenhouse gas emissions and safeguarding the state from impacts of climate change by protecting and managing natural and working lands.

According to the California Air Resources Board website, state and local efforts are being made to manage land for carbon sequestration to work with existing plans and programs protecting California's water supply, agricultural lands, and wildlife habitat. 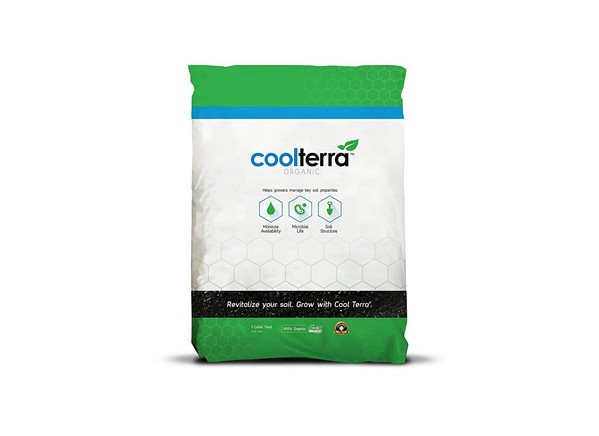 Two out-of-state companies are working with local produce growers to join the carbon sequestration effort and improve soil health on the Central Coast.

Colorado-based company Cool Planet (with an office in Camarillo) and Idaho-based Simplot are teaming up to release Cool Terra, a product that looks like black charcoal rocks. Cool Terra is a biochar-based amendment product that is engineered to improve soil health, reduce water consumption, and help optimize fertilizer use, while sequestering carbon.

Jim Loar, Cool Planet's president and CEO, said the company used to invest in biofuels but realized longstanding investment in the future should go toward biocarbon. Biocarbon—biological storage of carbon—refers to nature's ability to capture carbon dioxide from the atmosphere and store it in trees, plants, and soils. Cool Terra is an engineered biocarbon technology produced from biomass that works to improve soil health and adds carbon to soil.

Loar said Cool Terra performs a similar function to what a coral reef does in the ocean.

"If you have a coral reef in the ocean, it supports sea life; [our product] provides structure resource and habitat for the things that live in the soil," Loar said.

Don Perry, Simplot's organic product manager, said if someone were to see a microscopic picture of the Cool Terra, it looks like each particle has little holes. That characteristic gives it the ability to house nutrients and moisture right around the root zone of a plant's roots.

The partnership has been testing the product over the course of three years. Their findings concluded that Cool Terra improves soils that are of lower quality, such as sandy soils and soils that lack organic matter. Loar said they've seen the best results with crops such as strawberries, alfalfa, tomatoes, potatoes, and lettuce.

Both companies say that experts consider most of the soil in the United States to be degraded or very degraded.

"If you really think about it, your very existence and mine depends on the little bit of topsoil that we have out here in the hopes that it's going to rain or that we can irrigate, so soil health is critical if we're going to feed a growing population," Loar said.

• Act quickly to be part of the Food Bank Coalition of SLO County's biggest food drive of the year. On Saturday, May 11, the National Association of Letter Carriers is hosting its annual Stamp Out Hunger food drive. Residents of SLO County can leave a big bag of non-perishable groceries next to their mailboxes on May 11. Post Office employees will pick up these bags along their normal delivery routes and take them back to their respective post offices. Volunteers will unload and consolidate food donations so they can be sent to the Food Bank. The nonprofit is still in need of volunteers at the Pismo Beach and Paso Robles post offices. To find out more about the volunteer opportunities or how to sign up, email Tara Davis at volunteer@slofoodbank.org or call (805) 975-5688. Δ