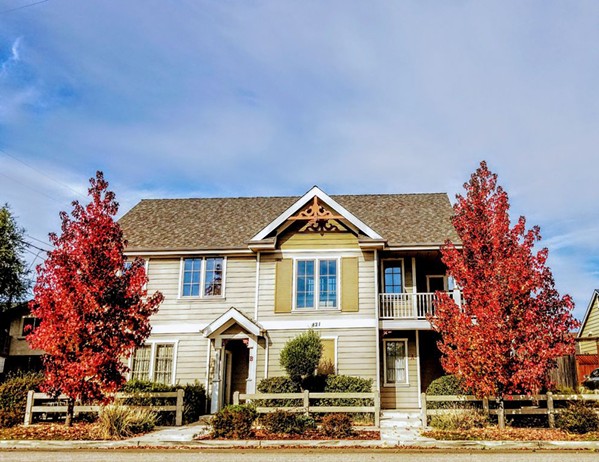 According to the SLO County Assessor's Office, Hamon, currently serving his fourth term on the council, is the trustee of a vacation rental at 821 16th St. in Paso Robles. Hamon told New Times that he has zero percent ownership in the trust and therefore doesn't have any ownership of the property, but he confirmed that he and his sister are listed as the executor trustees.

At the Feb. 5 City Council meeting, he voted to adopt a short-term-rental urgency ordinance—which went into effect on Feb. 13. The ordinance establishes requirements for the operation of any short-term rental, such as maximum occupancy, parking limits, and building code compliance.

"When this item came to the City Council last week, I believed that I did not have a conflict in participating in the discussion because I have no actual ownership or financial interest in any vacation rental properties, nor do I or any member of my immediate family receive any compensation from any vacation rentals within the city," Hamon told New Times.

According to the Vacation Rentals by Owner (VRBO) website, the rental property in question lists Hamon's wife, Marjorie Hamon, as the property manager.

Hamon said his wife only operates the property for his mother but doesn't receive any compensation for the occasional paperwork she does.

In response to questions from New Times, he said he'd consulted with the city's legal counsel and learned that because he is a trustee of the property, it may constitute having an interest in the property under the conflict of interest rules.

"I was not aware that an indirect interest could also present a conflict," he said on Feb. 12. "I have asked that the City Council consider repealing the urgency ordinance next week and that it consider directing staff not to bring the regular ordinance back for second reading so that the process is entirely aboveboard.

Hamon has been part of the short-term rental ordinance policy discussion since 2016. At a March 1, 2016, meeting, Hamon voted to move a part-time staff assistant position to full time, to address current planning matters such as short-term rentals and project applications. A couple of weeks later, on March 15, he voted to direct the city manager to form an advisory panel on the issue.

At a Nov. 7, 2017, meeting Hamon abstained from voting on the short-term rental ordinance and zoning code amendment, due to a conflict of interest. Although New Times asked him why he abstained on that particular occasion, he didn't respond to the question.