A meal at Mistura doesn’t just promise a little taste of Peruvian cuisine. The Paso Robles restaurant is immersive, beckoning you to wade deep into the lush flavors and vibrant spices of the biodiverse country. 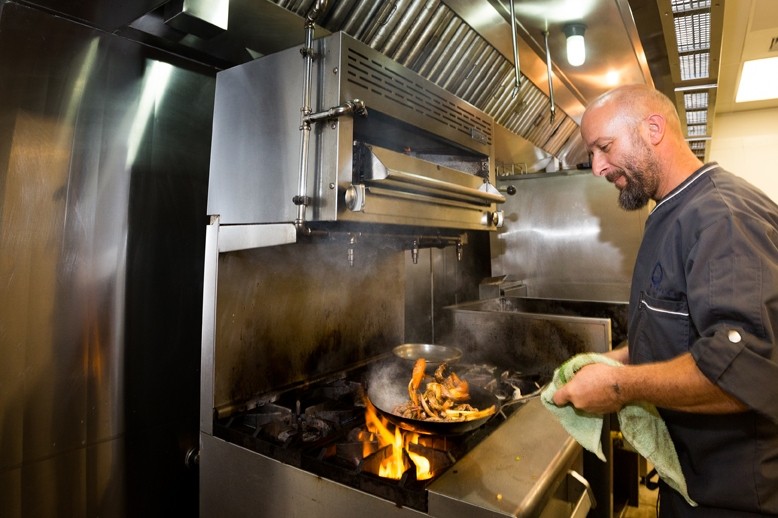 Equally enticing flavors, created by Proprietor and Executive Chef Nicola Allegretta, are a fusion of elevated Peruvian recipes and local bounty. The chef’s SLO-based, 16-acre organic farm, burrowed in the SLO Agriculture Reserve, is a source of seasonal inspiration.

Enveloped by rolling green hills at River Oaks Golf Course, the restaurant is like a vibrant red light glowing among the oaks. With fiery flavors, hip-shaking music, and photo-worthy vibe, Mistura is authentic Peru, with an energetic twist.

“Mistura is a true homage to the diversity of Peruvian food, bringing together flavors that are once familiar, yet adventurous and unexpected,” Nicola said. “The menu is as dynamic as the country itself.”

As I dug into the chef’s Habla Causita!—a trio of creamy whipped, seasoned potatoes (causas) topped with wild shrimp, Ahi tuna tartar, and fresh king crab—I happily surrendered to the delicious, all-encompassing diversity of flavors dancing on my tongue. 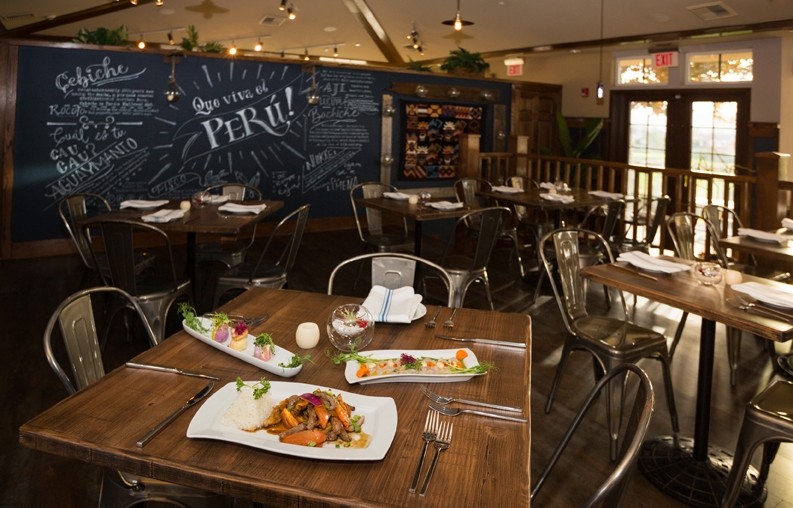 Before long, I was running my finger across the plate, hoping to snag one last dollop of tangy botija olive cream sauce, and truth be told, I repeated this action with Allegretta’s perfectly caramelized mango crème brulee, topped with organic berries. It is a refreshing variation of the dessert as rare as a Peruvian River Dolphin sighting. Or so, I imagine.

The term “mistura,” which means “to mix or blend,” is a fitting moniker for the fine dining restaurant, indeed. The country’s heritage is colored by Italian, Spanish, Chinese, and Japanese influences, and its combination of rainforest, highlands, Andes, and coastal access give it an unfair advantage when stacked up against other less geographically endowed countries.

Think about it: Where else can you tuck into thinly-sliced Andes Alpaca, then turn around and savor the freshest white sea bass marinated in lime juice and Tiger’s Milk? Mistura upholds Peru’s vast variety with zeal, raising the bar with a commitment to local and organic produce and microgreens, coupled with a host of sustainable, ethically raised lamb, beef, alpaca, octopus,and fish. 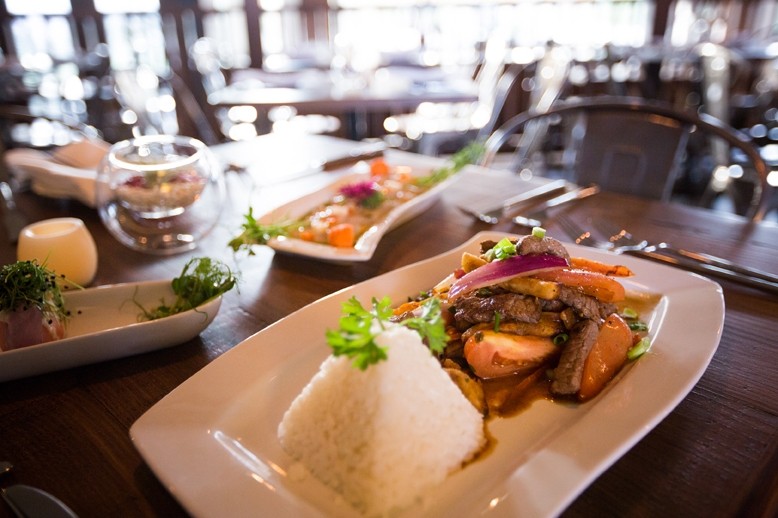 The location of the restaurant, off Highway 46 East, is undoubtedly a bit tucked away. However, new visitors to the area are learning that the surrounding greenery holds a new, bold business worth the hunt. A back patio area adorned with a trickling waterfall showcases a picturesque patch of land for weddings and events.

“We are in the heart of wine country, and we’re seeing locals and tourists come, as well as people from SLO and Arroyo Grande,” Jackeline said. “Everyone’s loving the different flavors and are really opening their minds to try something new. It’s been a beautiful response.”

A large wall of the restaurant painted by Jackeline herself showcases Peruvian terms, fun facts, and notable quotes that honor her deep ties to the country. The mask that hangs above the restaurant bar (well-stocked with sangria, as well as local and worldwide beer and wine), takes her back to senior year of high school. The vivid mask, sent from Peru by Jackeline’s brother after much prodding, is traditionally worn during Danza de los Diablos, or “Dance of the Devils.” 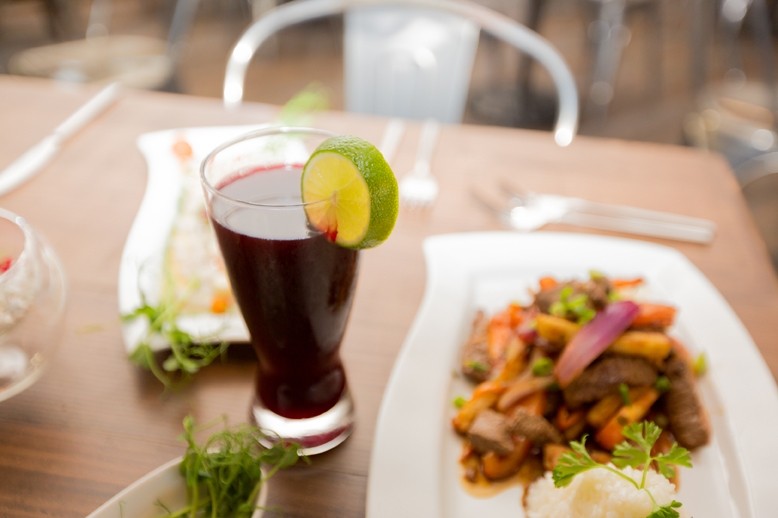 “We have brought a lot of different Peruvian folklore into the restaurant,” Jackeline said, adding that her husband, too, is completely entrenched in Peruvian culture.

What first began as a love of his wife and mother-in-law’s food soon became a culinary obsession. Nicola has traveled to Peru several times, honing his flavor profiles and techniques with world-class native chefs.

In the future, Nicola aims to present a creative, off-menu tasting experience that delves even further into his enormous appetite for expressing and enriching authentic Peruvian food.

“When Nicola first went to Peru, he was blown away. Every five blocks you find a huge farmer’s market, and it is truly an intense culinary experience,” Jackeline said. “To be able to put his own touch and his own love on the food, while still being respectful to the cuisine, says so much about the quality of chef that Nicola is.”

A Peruvian customer recently dined at the restaurant and was brought to nostalgic tears by the end of her meal. This joy is what the chef works for.

“Nicola is always asking, smelling, tasting, and exploring his curiosity for Peruvian cooking,” Jackeline said. “That kind of passion only comes from someone who really loves what he does.”