The draft environmental impact report (EIR) for the Paso Robles Gateway Annexation Project was released to the public in March for community input, and the Templeton Area Advisory Group (TAAG) is raising concerns over the potential for increased traffic. 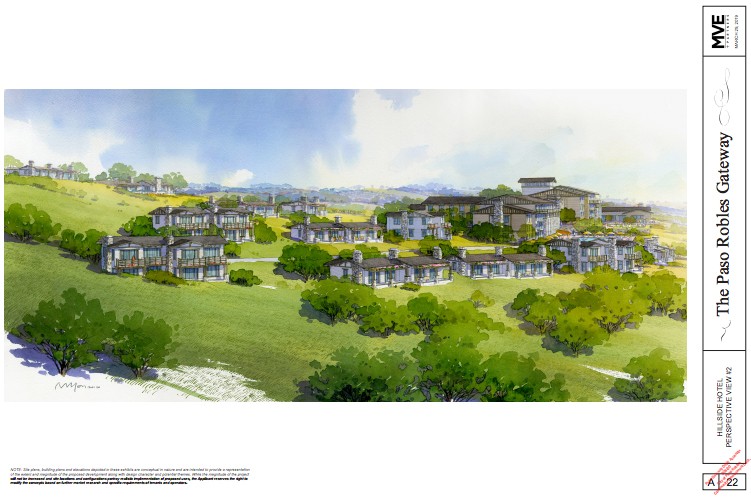 Proposed on 170 acres at the intersection of Highway 101 and Highway 46 West, the project includes two hotels with up to 425 rooms, roughly 75,600 square feet of commercial space, a 30,000-square-foot conference center, and up to 97 residential units. The project asks SLO County to expand Paso Robles' sphere of influence and annex the land into the city and calls for roundabouts at the intersection's northbound and southbound on-ramps as well as realigning South Vine Street to connect with Theatre Drive.

Bruce Jones, chair of the Templeton Area Advisory Group, said both Paso and Templeton residents use the intersection where Highway 46 West meets Highway 101.

He said the draft EIR estimates that the project will generate more than 5,000 car trips a day, something that Jones believes surrounding community members might not welcome.

At the April TAAG meeting, Jones said, the board voted to write a letter recommending the Paso Robles Planning Department not allow development at the site until the proposed roundabouts are built.

"That build-out depends on state money, an exact day is not yet determined for when that'll happen," he said.

While the project isn't within Templeton's jurisdiction, Jones said it may cause visitors to decide not to wait at the intersection and use the Main Street onramp or drive through Main Street in Templeton.

Jones said he is drafting a letter for the TAAG board to review at its May 21 meeting, which could be sent to Paso Robles, the SLO Local Agency Formation Commission, SLO County Council of Governments, and SLO County Planning Commission. Δ