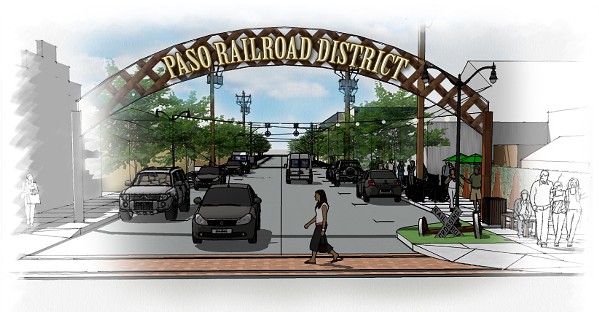 "It's a street but kind of functions more as an alley and a lot of Pine Street businesses back up to that street," City Community Development Director Warren Frace said.

Aside from a few there isn't much foot traffic on the road, he said. The idea to revitalize Railroad Street came from a task force the city created to look into improvements that could be made in the city's downtown area. The sub-group assigned to Railroad decided that more studies should be conducted, so the city hired the Wallace Group to examine parking, dealing with trash and garbage, and implementing economical design elements. The concept shown on Oct. 24 runs the length of Railroad between 12th and 10th streets.

"It would be nice because there are a lot of blank walls and things like that, so ideas for murals, landscaping, and public art and maybe some railroad theme elements that could be added," he said.

The open house, Frace said, is really just a session to allow the public, property owners, and business owners to come in and give staff feedback.

"I'm looking for some sort of direction. You know, they either love the plan and that would be good, or if they don't like the plan, that's good, too, because we can go off in a different direction," he said.