By Karen Garcia and Malea Martin

Two libraries in two distinct areas on the Central Coast have stepped up to carry on being a direct resource for all ages during a time when most facilities have had to limit or halt their services during this pandemic.

The doors of the Paso Robles City Library were temporarily closed for several months, but it never stopped providing services to the community, especially online access to digital material and ensuring students had library cards, according to librarian Angelica Fortin. 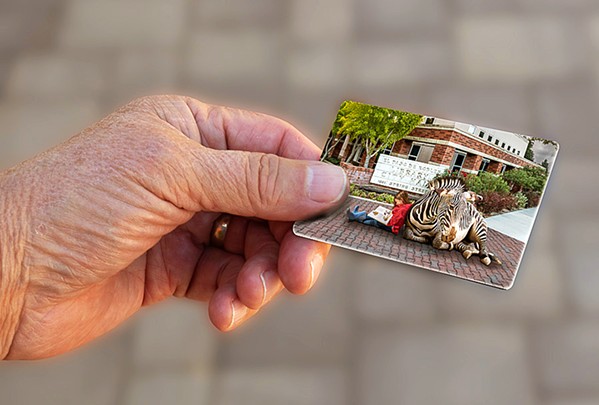 Since March, the library has had more than 30,000 visitors; 135,0000 items have circulated, and of that total 43,000 were via virtual use; and (when the library was opened) its two public computers were used 10,400 times for 20 minutes at a time. It's been able to provide 370 virtual programs with a total of more than 6,700 attendees. The city library has also given away more than 3,000 grab-and-go craft kits for children and adults.

One of the immediate actions the library took during the first stay-at-home order in March was to offer reference services via telephone. Patrons could access e-books, e-magazines, and homework resources virtually by using their library cards.

"We worked really hard to try and get library cards to all of the [ninth, 10th, and 11th] graders at the Paso Robles Unified School District," Fortin said.

The partnership was made possible by Melissa Bailey, the Paso City children's librarian; school district librarian Stephanie Lowe; and educational technology TOSA Ronalee Andersen, who collaborated on a memorandum of understanding to safely and efficiently provide the students with a card, said Jennifer Gaviola, deputy superintendent of Paso Unified.

Even before the pandemic, this partnership had been in the works. The team, she said, determined how the district could securely provide the city library with student district ID numbers, which would then be students' city library number.

Gaviola said the plan was to distribute the cards during the students' tutorial class, but due to the pandemic it didn't happen.

"In August when students came to pick up textbooks and Chromebooks, Paso Robles High School library staff handed out envelopes to students and explained that they now had access to books, audiobooks, and even movies through the public library," she said. "The city library made the processes extremely easy for the school district, and we are thrilled that so many more students now have access to more resources to support their education and recreational reading."

The program made more than 1,800 library cards available to students.

Another successful program the library facilitated was access to internet hotspots.

"There are people in our community that still don't have access to the internet at home, and it's for a variety of reasons. At the end of April we extended our Wi-Fi network not only here at the library, but at our study center over on [36th and Oak Streets] on the north end of town," Fortin said.

Since March the city library had a total 4,475 connections to its Wi-Fi network, an average of about 500 connections a month.

Library volunteer Tammy Bourne, who's lent her time to the facility for six years, pulls book holds for the curbside and pickup service. She said it's been amazing to see the library staff work so hard to evolve and respond to new safety requirements in an effort to serve the Paso Robles community without missing a step.

In Northern Santa Barbary County, the city of Santa Maria Main Library's aisles were also barren of visitors, and its physical closure threatened its funding.

When cuts to the library were initially proposed, the community quickly sprung into action to oppose such a measure, and City Council members found a way to move some money around and make it work.

"COVID-19 had really highlighted the inequities that exist, especially with education," City Councilmember Gloria Soto told New Times. "Library services, whether that be on a virtual platform or through their bookmobile or curbside pickup, being able to keep our community members and our young people engaged, have never been more important."

Prior to the pandemic, "our public here in Santa Maria did enjoy using our physical space for a variety of reasons," said Santa Maria Librarian Dawn Jackson. "However, under our current restrictions ... people have come to realize that libraries can adapt, and can do so much more than what patrons, or perhaps even librarians, thought that we could do."

For the Santa Maria Main Library, this looked like shifting programming to "a combination of virtual and take-home format."

The library also brings books, Wi-Fi, and laptops for checkout directly to residents through its bookmobile, which was unveiled earlier this year.

"That is going to eight locations around the city with regular stops," Jackson said. "They have a grab-and-go service, and they've been able to reach patrons that haven't been able, even prior to the pandemic, to visit the library."

Ana Libbon, administrator of programs and services for Boys & Girls Clubs of Mid Central Coast, told New Times that the library's bookmobile has made a big difference for the kids they serve.

"Every Wednesday from 3:30 to about 5:30, they park in our parking lot and kids are allowed to go through their bookmobile and check out books," Libbon said of the organization's Santa Maria location. "They help them all obtain library cards and answer their questions. ... They've been absolutely amazing."

The success is evident in the numbers: Jackson said the library has had 1,278 views of its programs on YouTube since March, and circulation went up 20 percent over the past two months with its grab-and-go services.

The perception of libraries is changing, Paso Robles' librarian Fortin said, noting that in the past people viewed the library as "shushing environments."

"We do have a lot of rules, I get that, but a lot of that is just organization and making sure that we have the resources people need; that they come back to that somebody else can use them," she said. "It really comes from wanting to provide access." Δ

Staff Writers Karen Garcia and Malea Martin can be reached at kgarcia@newtimesslo.com and mmartin@santamariasun.com, respectively.