It was the early 2000s and a young Jamie Martin was hours editing her video project for her English class at Paso Robles High School, with more work still ahead. This is when Martin had an aha moment that would alter the course of her life.

"I spent hour upon hour working on it and that's when I realized what I wanted to do," Martin said.

Fast forward to more than 10 years later, on Sept. 9, when Martin was honored for her work on the reality show RuPaul's Drag Race with an Emmy for video editing, specifically an episode from the ninth season, "Oh. My. Gaga!" which features pop star Lady Gaga as a judge. The show follows drag queen and TV personality RuPaul's search for America's next drag superstar.

"It was , really unbelievable," Martin, who is the daughter of current Paso Mayor Steve Martin, said of winning the Emmy. "It was really great to feel that our industry was behind this show."

On a recent Facebook post, the now LA-based Martin credited that high school video project and her former English teacher, Sean Pierce, with inspiring her to pursue video editing.

"I can honestly say I would have never gotten into editing without your film project assignments," Martin wrote on Pierce's wall. "Thank you for being a wonderful teacher and challenging your students to think creatively in different mediums." 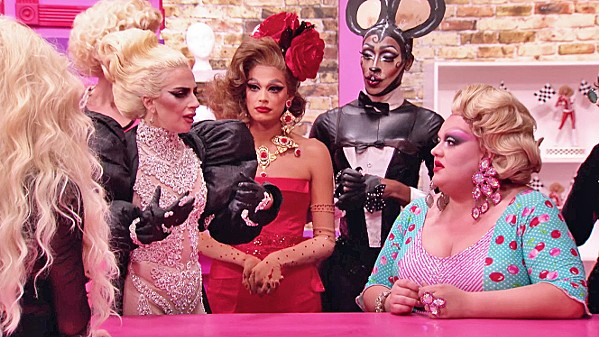 Pierce said that he started having students a work of classic literature into a short video as early as 1994, back when he was teaching at Flamson Middle School, and then later at Lewis Middle School in order to help students tap into their knowledge of literature in a way that they could take ownership of. The project went dark for a while, but Pierce picked it back up again in 2001 while teaching at the high school.

"It came out of a place of giving something creative and imaginative to do," Pierce said. "It's a real tribute to her [Martin] tenacity that she's made it in a very competitive world."

Martin had Pierce her sophomore and junior years. Her second video project, titled James Blonde, won her an "Oscar" at the class's end of the year awards party. After high school, she went on to study film production at Chapman University in Southern California. She interned on Project Runway and worked on a History Channel show called UFO Hunters before starting to work on the RuPaul franchise five years ago.

"I feel like in reality TV the editor is a lot more prominent," Martin said. "We don't have a script. It's up to us to make a story."

Martin said that one of the best parts of working on RuPaul's Drag Race is seeing how viewers connect with it.

"It has such a positive message and audiences from across the country really respond to it," Martin said. "It's about being yourself. It's being positive and loving to yourself and others and not letting the judgment of the world get you down."

young, aspiring video editors, Martin said it's important to have a strong vision.

"I think it's just being aware of how important the editor is to the final product," Martin said. "You have to have a very firm voice as an editor. It's knowing the emotion of the scene and being able to work with that."