Following intensive negotiations with the state, Paso Robles officials have decided against purchasing the 137 acres that houses the now-shuttered Estrella Juvenile Correctional Facility—property that the city long held hopes for acquiring and leasing to homeless service providers and other organizations.

The surplus property on Airport Boulevard was made available to Paso Robles by the state—but at a $4.8 million price tag and with various terms and conditions that made the acquisition a significant financial risk, City Manager Tom Frutchey told New Times. 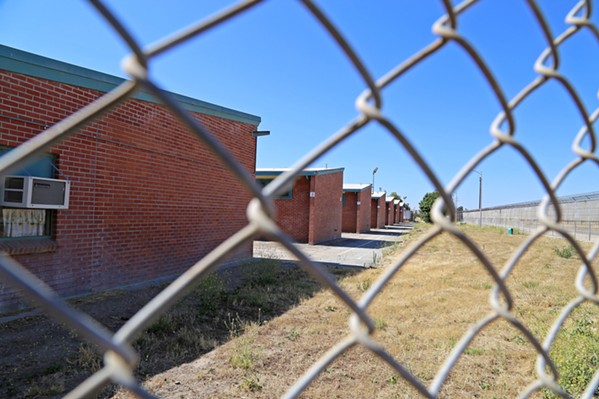 For instance, under the terms of a sale, the city would not be allowed to lease any part of the land to private entities, only to government agencies and nonprofit organizations that provide public services.

Paso leaders determined that the costs and conditions made it unlikely that they could take on the land without depending on support from the city general fund—a red line for City Council members. The City Council last discussed the sale during closed session at a Nov. 20 meeting.

"The council decided if we're going to do this, we don't want to put any city services at risk," Frutchey said, explaining that the council wanted a "financially standalone operation."

"The risk was just too high," he said.

With the deal falling through, the state Department of General Services will now market its property to private entities for another six months, and then ask for bids.

Looking forward, Paso is hopeful that it can strike a partnership with a private developer to acquire the land and lease at least a portion of it for community services. None of the same restrictions on the land that apply to the city would apply to a private entity.

"We've had conversations with several people," Frutchey said, declining to share specifics. "The state is very receptive to us working in partnership with developers."

Facing a homelessness crisis, the former Estrella site was thought to be an ideal location for much-needed shelter and rehabilitation services in North County. In addition, farmworker housing, sports facilities, educational uses, and commercial developments were also proposed on the land.

Surrounded by barbed wire fencing, the site houses roughly 60 buildings, including dormitories, an auditorium, and a gymnasium. Frutchey said many of the structures are in great condition, which the city determined during an in-depth evaluation of the facility in preparation for a sale. The state has maintained the facility as part of a "warm shutdown" since it closed in 2008—at a $750,000 annual cost to California taxpayers.